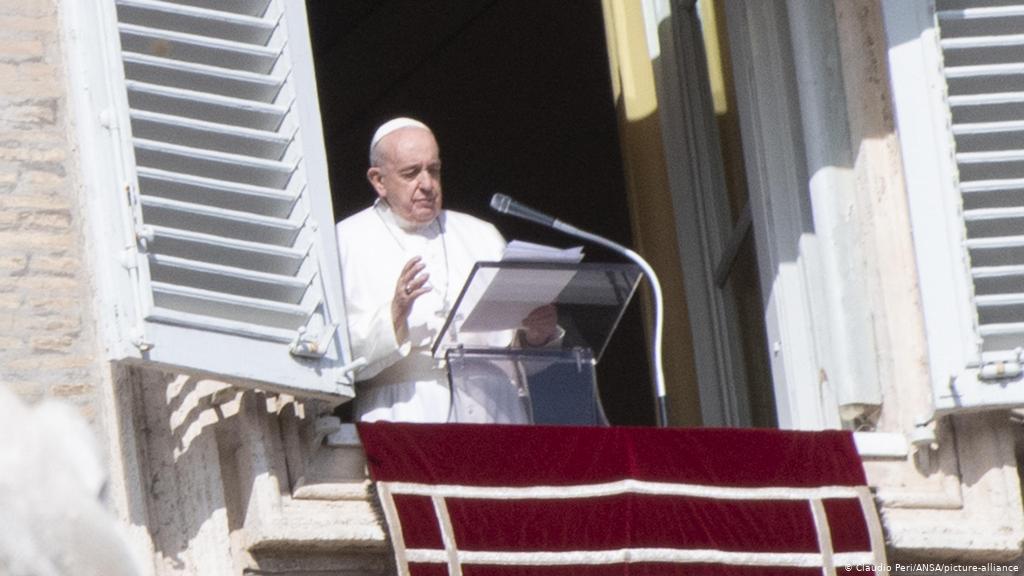 The Vatican has clarified on Pope Francis’ position on same-sex marriage saying that his earlier comment was taken out of context.

A clarification on the position of Pope Francis concerning same-sex marriage has been made public by the vatican. The vatican said his statement on homosexuality and lesbianism was taken out of context.

According to Dailymail, the Vatican says comments by Pope Francis on civil union laws in a documentary last month were taken out of context and did not signal a change in Church doctrine on homosexuals or support for same-sex marriage.

The documentary Francesco, which premiered at the Rome film festival on October 21, made headlines for a comment in which the pope says that homosexuals have a right to be in a family and that civil union laws covering homosexuals are needed.

The pope’s comments prompted praise from liberals and calls for urgent clarification from conservatives.

Last week, the Vatican’s Secretariat of State quietly sent an ‘explanatory note’ to its ambassadors, who sent it to bishops.

The note was first reported by papal biographer Austen Ivereigh.

A Vatican source confirmed it on Monday and the Vatican’s ambassador to Mexico posted it on his Facebook page.

It says that two separate quotes in response to separate questions were spliced to appear as one, deleting the intervening context and questions.

The documentary’s director, Russian-born American citizen Evgeny Afineevsky, told reporters he interviewed the pope but journalists later found the footage in a 2019 interview with Mexico’s Televisa. Some was not previously aired.

After the documentary premiered, Afineevsky refused to discuss the editing process. It was not immediately possible to contact him for comment on the Vatican note.

The note said that in the first quote, the pope was referring to the right of homosexuals to be accepted by their own families as children and siblings.

Some saw the comments as homosexuals having a right to form families.

The note said the documentary cut comments where the pope expressed opposition to opposed homosexual marriage and made clear he was referring to civil union laws, which some countries have enacted to regulate benefits such as health care.

A phrase where Francis said ‘it is an incongruence to speak of homosexual marriage’ was cut.

‘It is clear that Pope Francis was referring to certain state provisions and certainly not the doctrine of the Church, which he has reaffirmed numerous times over the years,’ the note said.

The Pope appeared to say in the film: ‘Homosexual people have the right to be in a family. They are children of God. Nobody should be thrown out or be made miserable over it.

‘What we have to have is a civil union law; that way they are legally covered.’

Francis himself had opposed legislation to approve same-sex marriages in Argentina when he was Archbishop of Buenos Aires a decade ago – but had supported some kind of legal protection for the rights of gay couples at the time.

However, shortly after becoming Pope, he said of gay people that ‘we must be brothers’.

He added: ‘If a person is gay and seeks God and has goodwill, who am I to judge him?’

For LGBTQ advocates, Pope Francis’ apparent message was not just seen an endorsement of same-sex civil unions, but also an approval of same-sex parents having the privilege of raising families.

On social media, his comments were applauded by celebrities, commentators and members of LGBTQ community alike.

Talk show host Ellen DeGeneres wrote: ‘Thank you, Pope Francis, for seeing love for what it is.’