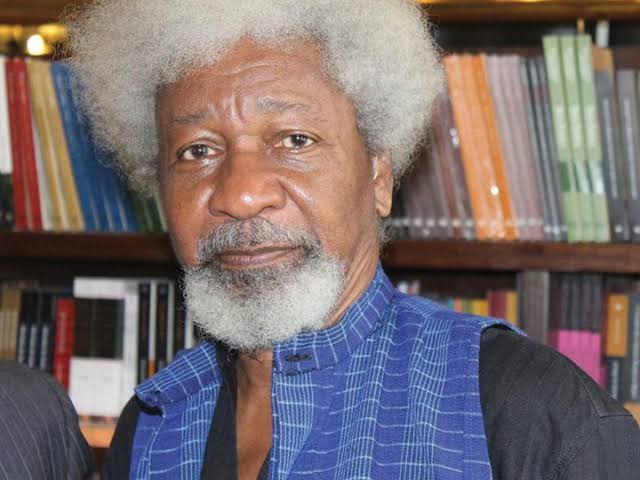 Nobel Laureata, Prof Wole Soyinka, is set to release a new novel, after 48 years of releasing, The Interpreters (1965) and Season of Anomy (1973).

He titled the new novel ‘Chronicles of the Happiest People on Earth.’

Soyinka in a statement gave an excerpt from the book, with the heading: A Parable From National Urban Reality.

It reads: “While the formal fact-finding panels pursue their assignment, and bewildered minds attempt to absorb the turn of events, reflect upon, and engage in informal caucuses on ‘what really happened’ during, and following the authentic #ENDSARS campaign, both in the Lekki arena and in horrifying dimensions across the nation, I believe that it will not be out of place to offer a parable extracted from a forthcoming work of fiction.”

“A parable, yes, but an actuality that has become virtually institutionalised across the nation. It is offered as a public service before the events of the month of October 20/20 congeal in the minds of participants, onlookers and consumers of the Nigerian staple of the now mandatory UFN (Unidentified Flying Narratives).

The forthcoming novel from which it is extracted – Chronicles From the Land of the Happiest People in the World (BookCraft) – will be published towards the end of the month of November, 2020.”