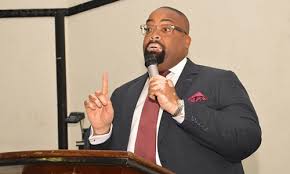 The Nigerian Bar Association (NBA) has disagreed with the federal government led by President Muhammadu Buhari on its alleged plans to regulate the social media in Nigeria.

The NBA President, Olumide Akpata in his argument, submitted that the moves by the federal government was suspicious and the timing also wrong.

He made the submission on Sunday when he appeared on Channels Television’s Sunday Politics.

The Minister for information and culture, Alhaji Lai Mohammed had solicited the support of the National Assembly in formulating a national policy on the use of social media to control fake news and misinformation.

The Minister made the request in Abuja while defending the 2021 budget proposal of the information sector of his ministry.

He noted that social media is the platform of choice for those who propagate fake news, adding that there is an urgent need for a national policy to curb excesses and misuse.

The minister also underscored the need for the deployment of resources to acquire relevant technology that would enable the government to dominate and control the nation’s social media platforms.

However, Akpata in his submission on Sunday, noted that social media is regulated already, adding that laws are already in place that ensures such.

He noted that government can’t and shouldn’t even be thinking of shutting down the social media in the country but may only work with relevant stakeholders to make adjustments to existing laws based on current realities.

“Are we saying regulate or shutdown? What are we saying because we hear them using regulate? We hear the minister of Information use the word ‘sanitize.’ I just say to myself, ‘what are we trying to do?’ The timing is suspicious,” he said.

The NBA president also added that “And if we need to tweak the laws here and there, as we amend our laws every day to meet with issues that may come up that were not previously contemplated, we are all well and good.”