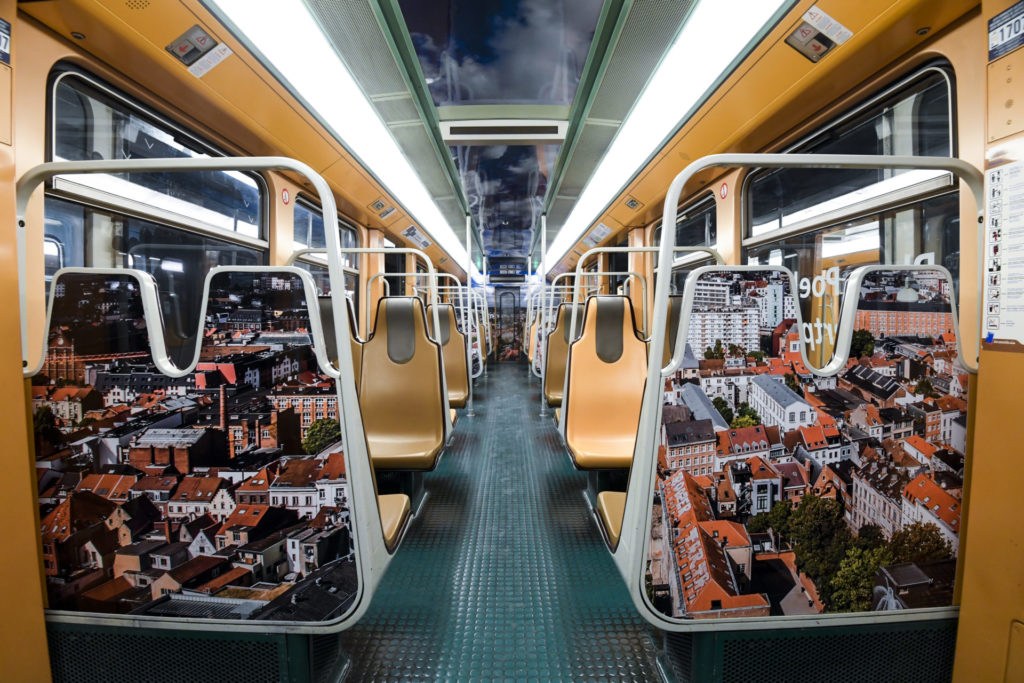 Brussels public transport company STIB is decorating a dozen of its metros with images of famous and historical landmarks of the city.

The images will be displayed on carriages of the metro lines 2 and 6. Two such carriages are already operational as of Monday and ten more will follow, STIB explained.

“The purpose of these photos is to freshen up older metro carriages and at the same time allow our travellers to rediscover the city,” STIB spokesman Guy Sablon told The Brussels Times.

The two carriages already decorated have images of the Grand Place and the Poelaert square. Other carriages will put the Royal Saint-Hubert galleries, the Mont des Arts and the Basilica of Koekelberg on display, according to Sablon.

“The upholstery of the seats, walls and ceilings gives the travellers a 360 degree feeling, as if they were on the spot themselves, so to speak,” the spokesman added.