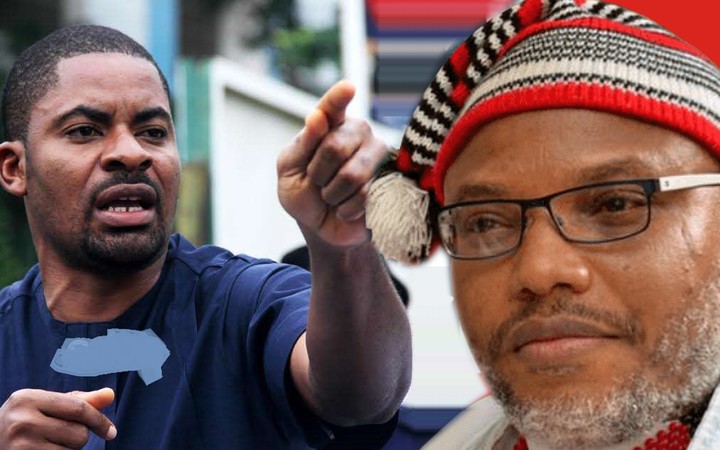 A sociopolitical activist, Deji Adeyanju, has given reasons why he cannot support the leader of the proscribed Indigenous People of Biafra (IPOB), Nnamdi Kanu.

In a post on his Twitter handle, Adeyanju accused the IPOB leader of fuelling attacks against policemen and their stations in Rivers State.

Men of the Nigeria Police Force were killed, as many stations were burnt and arms carted away during the End SARS protest.

Governor Nyesom Wike had accused members of IPOB of being behind the attacks in Oyigbo, Rivers.

Following the attacks, the Rivers State governor directed security agencies and the Chairmen of Local Government Areas to fish out and resolutely deal with any member of IPOB found in any community in terms of the executive order and other legal instruments.

He also signed an executive order to reinforce the ban on IPOB and its activities in the State.

Governor Wike disclosed he has signed an executive order proscribing IPOB in Rivers during a state broadcast last Wednesday, a day IPOB worldwide leader, Nnamdi Kanu, referred to him as a “little Hitler”.

But the various moves by the governor was not enough to stop violence from continuing the oil-rich state.

Speaking on the recent violence in Rivers, Adeyanju stated that Kanu had told his supporters to attack the police, and that he also asked them to burn down their stations.

“Nnamdi Kanu told his supporters to attack the police & burn down police stations. That’s the person you expect me to defend? Non-violent resistance always work.