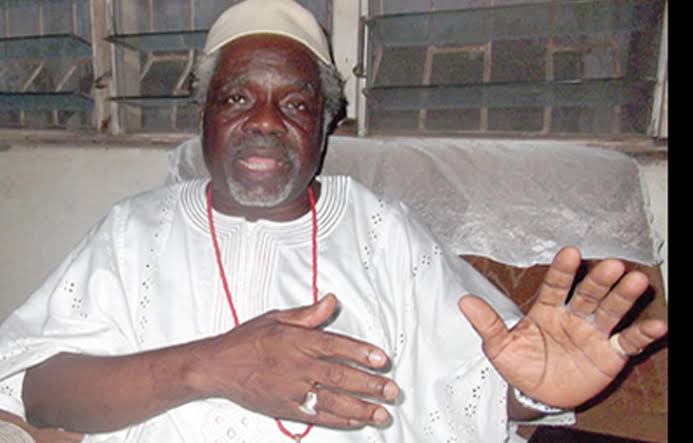 Olapade Agoro, a prominent politician who was also a former presidential candidate of the National Action Council, has died.

According to The PUNCH, he died at the age of 77. Until his death, Olapade is the spiritual head, Aladura Churches, and Christ Merciful Church.

Agoro reportedly died in the hospital in the early hours of Sunday. The late Agoro’s family confirmed to The PUNCH on Sunday that the late politician passed on early Sunday morning after falling sick for three weeks.

Wife of the deceased, Mrs Wonuola Olapade-Agoro, who confirmed the news of his death, said, “It is very true, baba has left. He has left us.”

According to late Pa Agoro’s son, Adebo, the former presidential candidate of the National Action Council passed on after a brief illness.

He said, “It happened around 2:15 am on Sunday. He has been sick. He has been at the hospital for about three weeks.

In 1982, he was installed the Owa ‘Tapa of Itapa-Ijesha, an Obaship Traditional title.