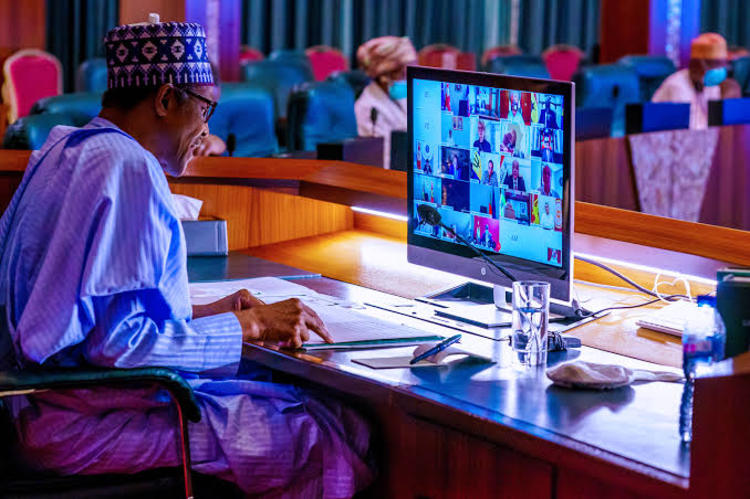 Michel during the meeting reiterated Europe’s support for Nigeria’s Dr Ngozi Okonjo-Iweala as the next Director-General of the World Trade Organisation (WTO).

The two leaders also discussed issues bordering on debt relief for Africa, EU-African relations and recharge of the Lake Chad, which has currently shrunk to less than one-third of its usual size, and throwing about 130 million people who depend on the Lake into dire straits.

Recharge of the Lake Chad is an issue Buhari had vigorously canvassed at diverse global fora in recent time. President Buhari expressed appreciation to Mr Michel for expected positive developments on the issues.

Recall that on Wednesday, 28th October, Iweala emerged as the new director-general of the World Trade Organisation (WTO), subject to confirmation by the General Assembly of the WTO.

The former Minister of Finance defeated fellow finalist, Myung-hee by a wide margin.

Okonjo-Iweala polled 104 votes from 164 member countries to defeat Myung-hee of South Korea in the final stage of the race for the international job.

However, hours after the news broke, the United States of America rejected her emergence, arguing that the WTO must be handled by someone who is experienced in trading, hence their preference for South Korea’s Myung-hee.