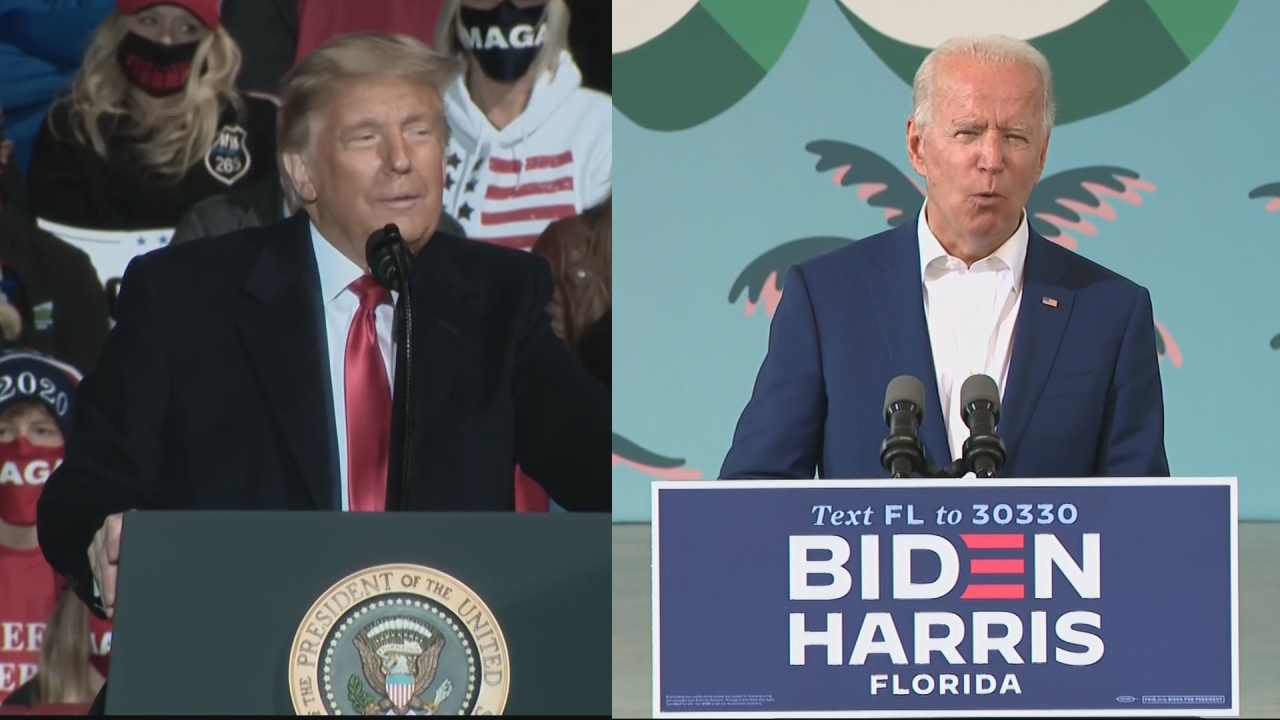 Barack Obama will join forces with Joe Biden in Michigan as Donald Trump goes all in on the crucial state of Pennsylvania Saturday and the two candidates dig deep on the final weekend before Tuesday’s US presidential election.

For the first time since the start of the campaign, Biden, 77, will be joined on stage by his former boss and most popular campaigner, former President Barack Obama.

They’ll put on two drive-in rallies in the cities of Flint and Detroit in Michigan. Stevie Wonder is expected to be the musical guest of the evening.

Trump, 74, won the industrial state by a narrow margin of 0.2 points in 2016 — but this year the former vice president leads by seven points.

This puts him in pole position to take its 16 electoral votes, a sizable leap towards the 270 he needs to win the White House.

For the past week Obama has put his popularity at the service of his former vice president, hosting several rallies at which he repeatedly slammed Trump’s response to the coronavirus pandemic, notably in Florida and Pennsylvania.

But Trump — who has dismissed Obama’s rallies as much smaller than his own — will himself head to Pennsylvania Saturday, where he will host three rallies, a sign of how key the state is to his own path to 270 votes.

He won Pennsylvania, where Biden was born, by a razor-thin margin against Hillary Clinton in 2016. Every ballot will therefore count on November 3 if he hopes to claim its 20 electoral votes once more.

Biden will follow suit there both Sunday and Monday in a clear sign that his campaign also sees the Keystone State as absolutely crucial to victory.

On Friday the two candidates battled over the American Midwest, barnstorming three heartland states each as they chased every last vote in a region that propelled the Republican to victory in 2016.

But the race was overshadowed by the coronavirus pandemic, with infections spiking across the country. More than 94,000 new infections were recorded Friday — a new high for the second day running — and total cases passed nine million.

Nevertheless Trump, who has long said the virus will “disappear,” remained defiant at rallies in Michigan, Wisconsin and Minnesota.

“We just want normal,” he told supporters — many of them unmasked — at an outdoor rally near Detroit as he pushed states to relax public health restrictions and resume daily life.

He again bucked the advice of his own administration’s health experts and downplayed the threat of the coronavirus, saying “if you get it, you’re going to get better, and then you’re going to be immune.”

US hospitals are bracing as infections soar in nearly every state, with winter flu season looming.

The outbreak has ravaged the economy, and while there have been signs of recovery, millions remain jobless.

Trump has touted the economic successes of his presidency, including positive GDP figures Thursday. But US stocks closed out their worst week since March, highlighting concerns about a shaky recovery.

And with voters concerned about the health hazards of crowded polling stations on November 3, a record 86 million have already cast early ballots by mail or in person.

After a campaign largely muted by the pandemic, Biden is on the offensive, pushing Trump onto the back foot in unexpected battlegrounds like Texas, a large, traditionally conservative bastion now rated a toss-up by multiple analysts.

On Friday, the state reported that a staggering nine million residents had already voted, surpassing its 2016 total.

Biden’s running mate Kamala Harris visited Texas Friday in a bid to turn the state Democratic for the first time since president Jimmy Carter in 1976.

Biden winning there would be a major blow to Trump, but the president dismissed the notion, saying: “Texas, we’re doing very well.”

Biden also stumped Friday in Wisconsin and in Minnesota, where he sharpened his attacks on the president on everything from Trump seeking to dismantle Obama-era health care protections and keeping his taxes secret to climate change and trade policy with China.

“We can not afford four more years of Donald Trump,” the Democrat said at a socially distanced drive-in rally in St. Paul, Minnesota.

“So honk your horn if you want America to lead again!” he said, embracing the awkward pandemic-era campaign trend of rallying supporters in their vehicles.

In Iowa, he attacked Trump over his handling of the pandemic, telling another drive-in rally in Des Moines that Trump has “given up (and) waved the white flag.”