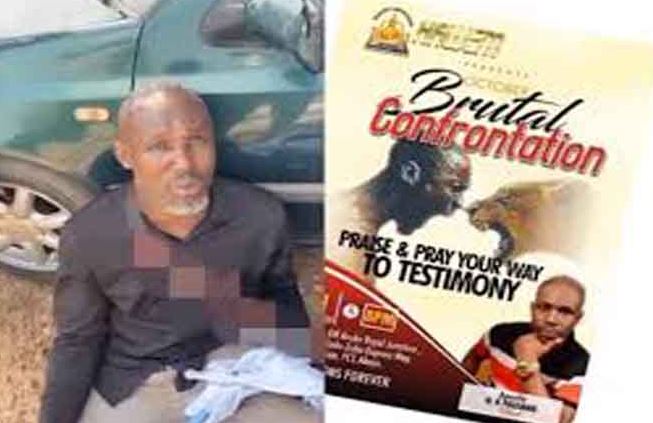 The suspect was arrested after he secured an abortion for the lady whom he defiled.

Apostle N.K Freeman, the General Overseer of Heavenly Ambassadors World Evangelical Mission Inc.(HAWEM) has been arrested for defiling and impregnating his 20-year-old congregant in Abuja.

It was gathered that the 20-year-old girl who serves faithfully in the prayer department of the church confessed to have been cajoled to a hotel for coitus by the infamous pastor (known for messing around with female congregants).

“This isn’t the first time this married man is doing this. Her parents found out that she was going to do an abortion on the orders of the pastor.

They quickly traced him to where they were supposed to meet for the abortion and got him arrested. The victim said she was lured because he professed love to her,” a source said.