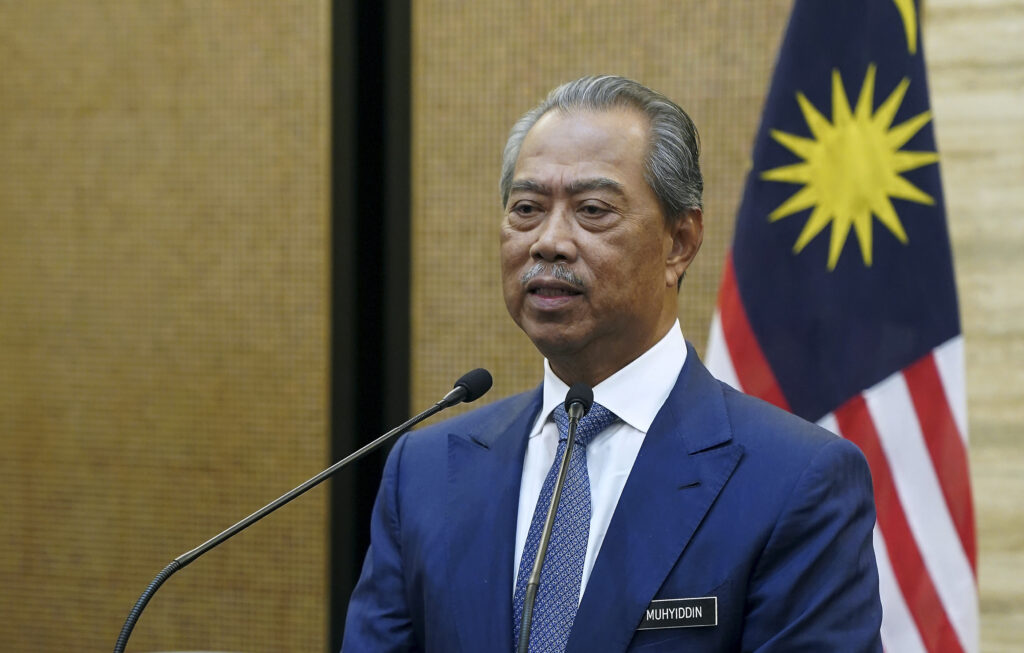 The premier’s credibility also took a hit on Sunday when the king rejected his request to declare emergency rule, seen by critics as an excuse to suspend parliament and avoid a test of his majority.

The biggest party in Malaysia’s ruling alliance has called for an election to be held once the coronavirus pandemic is over, as Prime Minister Muhyiddin Yassin grapples with a resurgence in infections and a leadership challenge.

Muhyiddin, who has a thin majority in parliament, is facing a challenge for the premiership from opposition leader Anwar Ibrahim and is under pressure to lift an economy battered by the pandemic.

The United Malays National Organisation (UMNO), the largest party in the ruling alliance, has pledged to back Muhyiddin but on Thursday called for a fresh mandate to restore stability.

“UMNO has decided that the people’s mandate should be returned to form a stable government by holding a general election once the COVID-19 pandemic is under control and at its minimum level,” UMNO president Ahmad Zahid Hamidi said in a statement issued after a meeting with party leaders on Thursday night.

UMNO also vowed to support the government’s 2021 budget when it is presented in parliament next week, amid doubts over whether the bill could muster enough votes to pass.

The budget is the first presented by Muhyiddin’s government since it took power in March, and its defeat could trigger an election.

Muhyiddin is mulling a cabinet reshuffle to give UMNO officials more prominent roles in government, sources have told Reuters. Some UMNO leaders have baulked at playing second fiddle to the premier’s smaller Bersatu party in the ruling alliance, sources have said.

READ  2023 Presidency: My Life In Danger Because Of Atiku – PDP’s Walid Jibrin