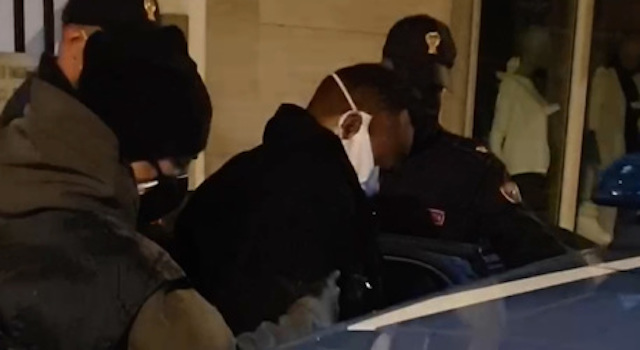 No fewer than 73 members of a Nigerian mafia organisation in Italy, including their leader, 50-year-old Emmanuel Okenwa aka ‘Boogye’, have been arrested.

The operation was carried out by more than 200 Italian policemen in Turin and Ferrara.

It is organized into local cells called Decks and present in many Italian cities.

National leaders of the mafia, which deals mainly in prostitution and drug trafficking were arrested.

In all, 31 people were arrested in Ferrara.

A further 43 were taken into custody in Turin, including several women who allegedly ran prostitution rackets.

Interior Minister Luciana Lamorgese said the police guard against criminal organizations and their illegal trafficking was high even amid the COVID emergency.

In a related development, the Italian police also cracked down on the multinational Ndrangheta mafia.

The police on Thursday seized 50 million euros in goods and property from three businessmen in Reggio Calabria, linked to the Calabria-based ‘Ndrangheta mafia.

The three were among 27 people arrested in February 2018 in a major operation against usury and fraud that seized 51 companies, 18 pieces of real estate, and froze accounts worth some 100 million euros.