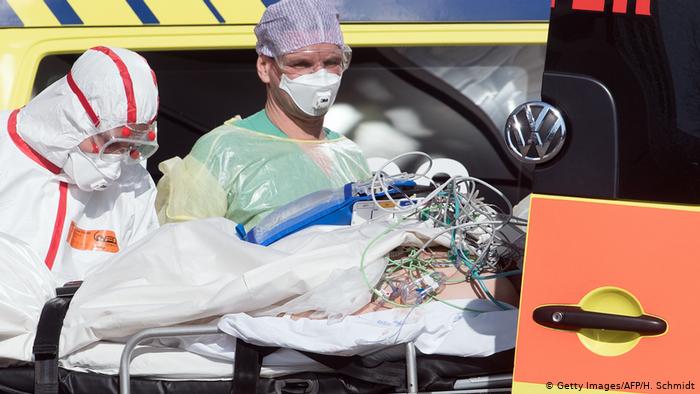 France’s president Emmanuel Macron will give a televised address to the nation on Wednesday evening after convening meetings to review the country’s handling of the coronavirus pandemic, the Élysée Palace said.

The government is looking at what new restrictions should be issued amid what experts are calling a “brutal” second wave of COVID-19 infections in the country.

Back in March, most of the cases were located in the eastern part of the country, but now infections are spreading throughout France, and hospitals are filling up quickly.

France counted a record 52,000 new cases on Sunday but experts say that with many asymptomatic cases, the toll is likely higher.

The president’s office has not indicated what Macron’s speech on Wednesday is likely to say but similar televised addresses have previously been used to announce new pandemic-related measures.

In other pandemic developments in Europe:

Italy witnessed more protests on Tuesday night against recent restrictions. Police using water cannons charged at demonstrators in Rome as the rally was unauthorised. Several cities have seen protests, some violent, over the past few days — reflecting anger at overnight curfews and curbs on bars, restaurants and other leisure centres.

In the Czech Republic an overnight curfew comes into force on Wednesday, from 9pm until just before 5am.
French COVID-19 outbreak ‘likely critical’

The French scientific council estimates that there are around 100,000 cases in the country per day, council president Jean-François DelFraissy told RTL Radio on Monday.

DelFraissy described the epidemic situation as “very difficult, even likely critical” in the country.

“We had predicted there would be this second wave, but we ourselves are surprised by the brutality of what has been happening over the past ten days,” he added.

Ten days ago, the government reissued a state of emergency to allow for the implementation of stricter health measures to curb the spread of the virus.

Many experts say the country has lost control of the epidemic.

“The virus is so present that I think today we don’t have any other choice. We have to lockdown again,” Dr Eric Caumes, the head of the infectious services at the Pitié-Salpêtrière Hospital in Paris, told France Info yesterday.

“We lost control of the epidemic several weeks ago,” Dr Caumes told the public news service.

At least 46 million people in France are already subject to a 9 pm curfew, which Caumes said was a “risky bet” because it’s unknown if the measure will be effective.

Many expect that the government will issue new restrictions this week, with an announcement expected on Wednesday, French media report.

“When we are not affected, we think we are untouchable,” French Prime Minister Jean Castex said last week, taking a firmer tone than he had previously to describe the situation as “serious”.

READ  #EndSARS: One Of The Most Successful Protest In Nigeria – Lai Mohammed

“No one can consider themselves safe from this, even young people,” Castex added.

In several cities in France, bars are closed but restaurants, cinemas, and theatres remain open with stricter measures in place.

There are more than 2,000 clusters of COVID-19 being investigated by public health authorities which are continuing to attempt to trace and isolate those who test positive for the virus.

But experts say the testing and tracing system has failed to keep the virus at bay.

The Czech Republic, Belgium, Luxembourg, the Netherlands, Slovenia and France currently have the highest incidence rates in all of Europe, according to the European Centre for Disease Prevention and Control.

France has the highest total number of recorded cases in Europe with more than 1.16 million total since the beginning of the crisis.