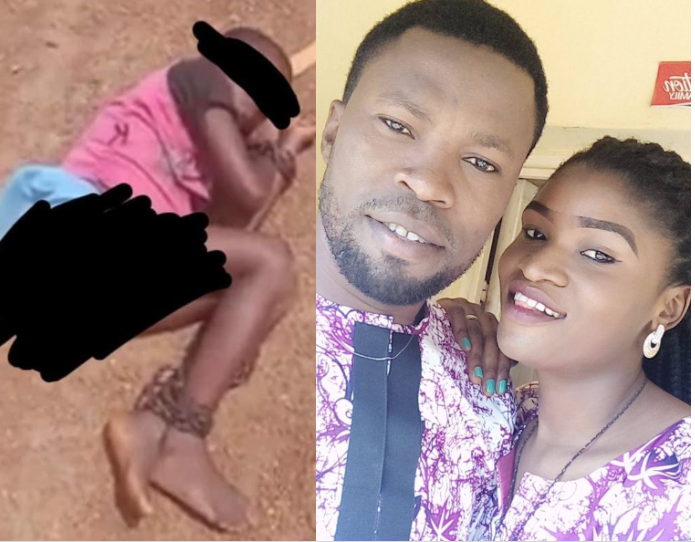 Agatha, who is a 26-year-old mother of one and is a serving Corp member with the ministry of Agriculture, Ebonyi State, and her husband Philip, were reported to have unleased terror and chained their house help for eating part of the N10 candy they bought for their two-year-old daughter.

The incident was recorded by a neighbour, who then shared it online. In the video, Osinachi was kept in the scorching sun with her legs and hands tied.

It later took the intervention of two of their neighbours, Mr Chinedu and Mr Raymond, to release her — the girl is now in the custody of the council Chairman of the Izzi LGA, Chief Paul Nwogha.