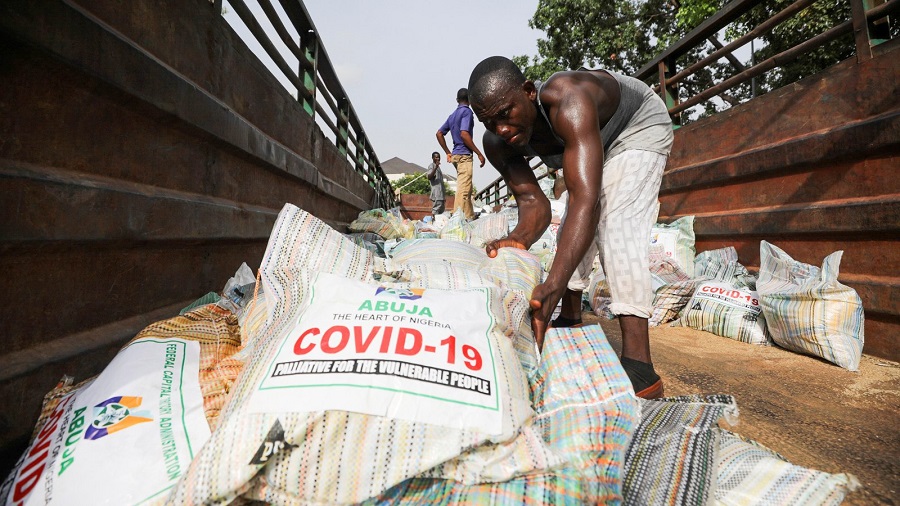 Coalition Against COVID-19 (CACOVID) has reacted the recent looting of the warehouses where its donations are stored across the country stating that the looted food was meant to be distributed to two million households accross the nation.

Nigerian is an improverished country, more than 82 million Nigerians live on less than $1 a day, according to the National Bureau of Statistics.

The coalition expressed concern over what it described as a wanton destruction of public and private property so as to allow state governments to distribute the palliative to vulnerable Nigerians.

CACOVID was formed by private sector leaders to support the Nigerian Government’s efforts to combat the COVID-19 crisis, its members includes over 50 partners across the country, all in private sector practice.

The coalition explained that the looted food relief items where meant to be distributed to an estimated 2 million most vulnerable households across the 774 Local Government Areas of the country, as part of the private sector’s support to the national response to the COVID-19 pandemic.

CACOVID stated that the lockdown accross the nation had impacted the distribution of the relief material as there had been restriction of movement nationwide.

The coalition revealed that it “purchased the food directly from the manufacturers, to avoid a distortion of prices in the market. The food package was designed such that each of the nearly 2 million vulnerable families received: a 10kg bag of rice, a 5kg bag of garri/maize flour/semolina, one carton of pasta, two cartons of noodles, 5kg of sugar and 1kg of salt.”

It maintained that “the very large size of the order, and the production cycle required to meet the demand, caused delays in delivering the food items to the States in an expeditious manner; hence the resultant delay in delivery of the food palliatives by the State Governors .

For instance, Rice had to be milled, semolina and maize flour had to be processed, noodles and pasta had to be manufactured, and sugar had to be refined.”

The support group also revealed that “deliveries could not start until June. However, as of October 2020, a sizable portion of the items had been delivered but yet to be distributed by the Governors.”

CACOVID revealed that it was “aware that official flag-off and handover of the palliatives has taken place in 28 States and the FCT, and State governments have been distributing at various paces.

“As of today, October 26, 2020, some States have confirmed completion of their distribution while others were in the process of proceeding with the distribution before these looting took place”.

CACOVID however “called for calm”, it urged Nigerians “to be law-abiding, to be our brothers’ and sisters’ keepers, and to end the raiding of these warehouses.”