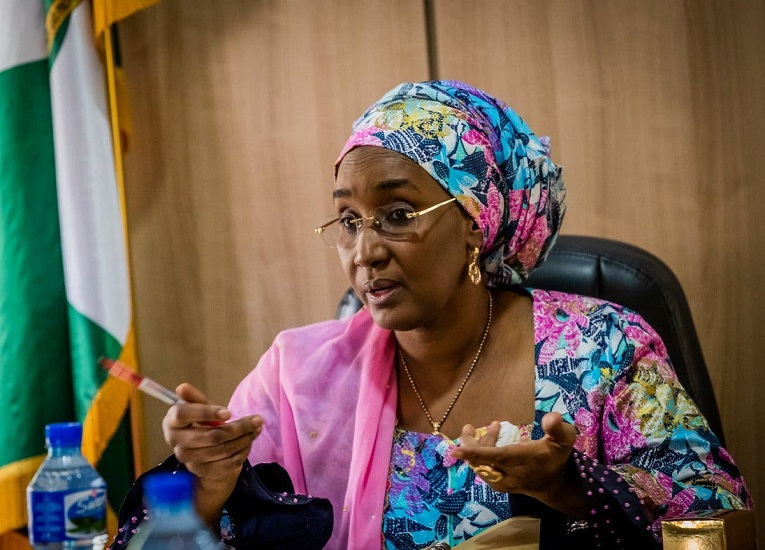 Hajiya Sadiya Umar Farouk, the Minister for Humanitarian Affairs, Disaster Management and Social Development, has revealed that she holds no grudge against people who accused her of hoarding COVID-19 palliatives.

Recall that during the lockdown, the FG disbursed funds for relief items to be distributed to the masses and as the humanitarian minister, Umar Farouk championed the process.

However, the palliatives was scarcely distributed at the state level which led to the slander of her character. Farouq stated in Gusau, Zamfara state on Monday, October 26 while reacting to the warehouse discoveries that she has forgiven all those who accused her wrongly.

“I am aware many people have made various spurious allegations and accusations against my person and my ministry over the way we distributed Federal Government palliatives to cushion the effect of COVID-19.”

“I have always said I am carrying out my duties and responsibilities to the best of my ability and with fairness to all parts of the country. Now that they have realized their mistakes, l will only pray to God to forgive us all,” she maintained.