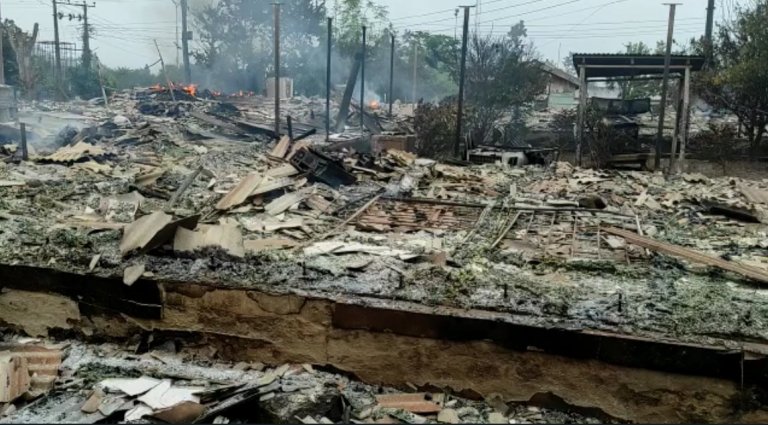 Wooden structures built over 30 years ago and housing offices of the Ondo State Scholarship Board, Ondo State Radiovison corporation, Ondo State Universal Basic Education board annex and French language centre have been gutted by fire.

The fire was said to have started at about 1am on Monday morning and could not be put out but did not spread to other offices within the premises.

Many workers who resumed for work sat outside in groups after taking photographs of the burnt structures.

Chairman of the Ondo State Radiovison Corporation, Kunle Adebaýo, who was at the premises to ascertain the level of destruction said he was informed about the fire at 1am.

Adebayo said investigation would unravel the cause of the fire.

According to him: “I came here at 1:30am and saw the raging fire. Nobody could access the place. We watched as the fire spread to the four buildings.

“We thank God no live was lost.”