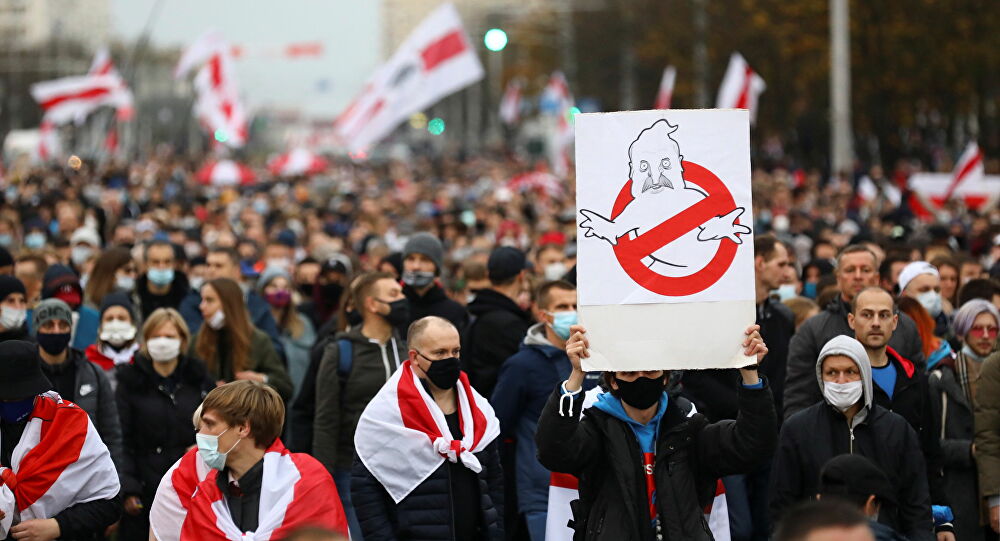 Tens of thousands of protesters in Belarus swarmed the streets of the capital on Sunday, over two months after the country’s authoritarian President Lukashenko claimed victory in a disputed election.

Lukashenko’s main challenger, Sviatlana Tsikhanouskaya, got only 10% of the votes and refused the recognise the outcome as valid, saying it was manipulated.

Tsikhanouskaya, who is currently in exile in Lithuania after leaving the country in fear for her safety, threatened to call a nationwide strike for Monday unless Lukashenko announced his resignation, released political prisoners and stopped the crackdown on protesters before then.

“The People’s Ultimatum,” as Tsikhanouskaya dubbed her demands, was the theme of Sunday’s rally.

In a statement from Vilnius, she expressed support for the protesters in Belarus and said the deadline for authorities would expire at 11:59 pm on Sunday.

“If the demands are not met, Belarusians will start the national strike,” Tsikhanouskaya said.

In another statement later in the day, she condemned the use of stun grenades against the protesters in Minsk and said the strike would begin on Monday.

“The regime has once again shown the Belarusians that violence is the only thing it is capable of,” she said.

Tsikhanouskaya’s calls for a strike fueled the protest and turned up the pressure on Lukashenko, commentators said.

Over 200,000 people took part in the largest demonstration in Minsk since late August, the Viasna human rights centre said.

They carried red and white flags and marched while chanting “Go away!” and “New election!”

Several subway stations were closed, mobile internet was not working, and water cannons and armoured vehicles were seen in the centre of Minsk.

Rallies also took place in other cities in Belarus, and police detained scores of people across the country. A list of detained protesters released by the Viasna centre had over 200 names by Sunday evening.

The post-election rallies have posed a major challenge to Lukashenko, who has run the country for 26 years and relentlessly suppressed opposition and independent media.

Early on, authorities tried to quell the unrest with mass detentions and police dispersed crowds with truncheons, stun grenades and water cannons.

According to human rights advocates, around 15,000 people have been detained in Belarus since the election, and over 100 of them were declared political prisoners.