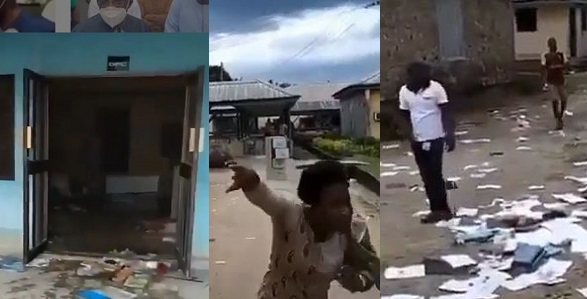 Mentally ill patients have reportedly escaped from a psychiatric hospital in Calabar, following a ransack on the facility by hoodlums.

The hoodlums who raided the hospital carted away with medical equipment and matrasses.

However, the number of mentally derailed patients who escaped from this facility is unknown.

In other news, the #EndSars protest went into full revolution in October and it became the pathway for Nigerians to reveal the anguish they have been feeling due to the sad way the country is being govern

According to reports, the residents of Calabar allegedly stormed a warehouse filled with COVID-19 palliatives and replicated what Lagosians did to the warehouse.

The residents in their large number, could not contain their joy and they broken into a joyful song of the national anthem.