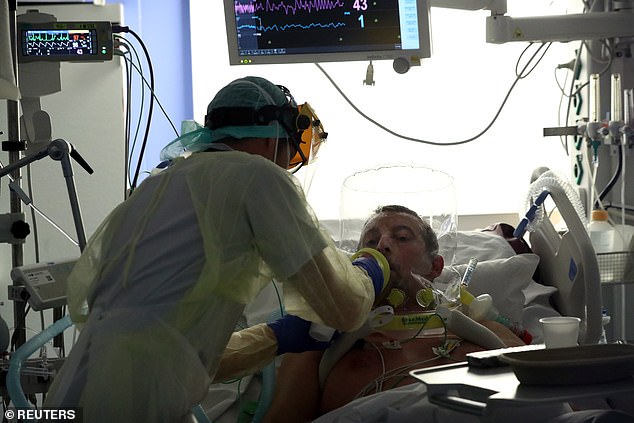 Belgium’s coronavirus figures continue to rise “alarmingly” and will probably reach 20,000 new infections per day this week, health officials said during a press conference on Friday.

“The infection figures are now doubling every nine days,” said virologist and interfederal Covid-19 spokesperson Steven Van Gucht. “On Monday, Belgium registered almost 13,000 infections on one day, and this week, we will probably move towards 20,000 cases per day.”

“This means that more than 1 in 100 Belgians would be infectious,” Van Gucht said.

Crossing the mark of 10,000 infections per day means that 1% of Belgians have been infected with the coronavirus in the last two weeks, according to biostatistician at UHasselt and KU Leuven Geert Molenberghs

“The real figure will be even higher, 3% to 5%. It is going very fast,” he told VRT, adding that hospitalisations are also “increasing spectacularly.”

In some Flemish provinces, hospital admissions are heading towards the peak of March-April, according to Molenberghs. “Some Walloon provinces, and Liège specifically, are recording multiples of the figures back then.”

While most infections are still happening among twentysomethings and thirtysomethings, the average age of the newly infected people is going up, according to figures by health institute Sciensano.

“In the age group of people over 70, the figures are now doubling on a weekly basis, and in the group over 90 years old, the figures double every five days,” said Van Gucht. “Unfortunately, this will result in a further increase in hospitalisations, as well as deaths.”

Van Gucht approved of the additional measures taken by the government on Friday morning, but stressed that “we hold the greatest lever in our own hands,” urging everyone to respect the measures at all times.