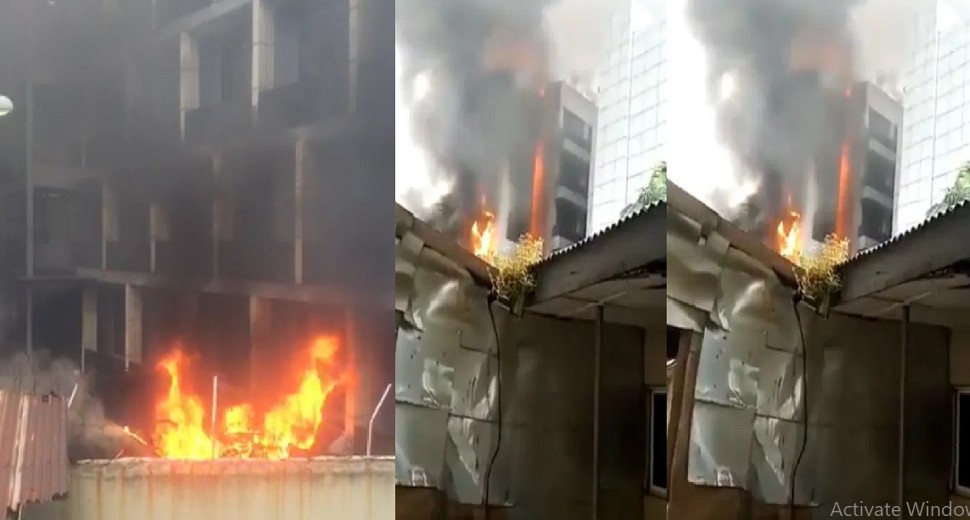 The Nigerian Airport Authority In Lagos has been set ablaze purportedly by youths angered by the Lekki Massacre which occured yesterday.

The Toll gates were yesterday bombarded by officers of the Nigerian Army, who shot at unarmed protesters.

Since then there has been an uproar of angry protesters who stormed various facilities especially those owned by the Federal Government and the Lagos state government to set ablaze.

Earlier today, it was reported that the TVC, owned by the former governor of Lagos state, Asiwaju Bola Ahmed Tinubu, was set ablaze.

Other places reported to have been set ablaze are; Oriental hotel, Lekki Toll gates, and BRT buses in Shomolu etc.

Watch the NPA video below: