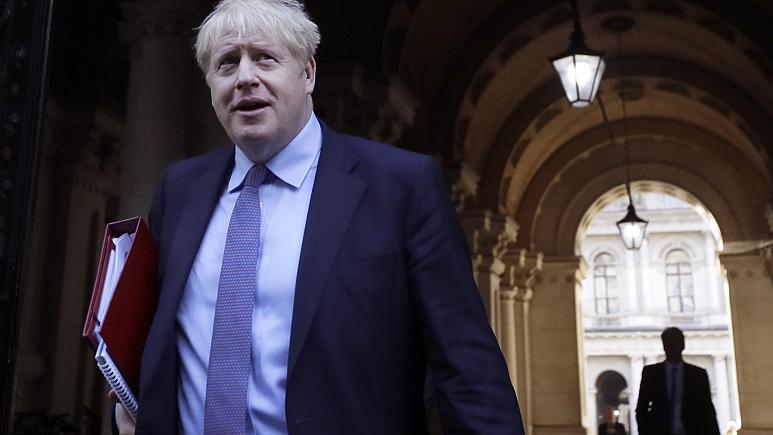 Talks between the British government and the city of Manchester on tighter COVID-19 restrictions broke down on Tuesday with both sides blaming each other.

The northern English city is to see the highest level of restrictions imposed on Friday.

Greater Manchester Mayor Andy Burnham had requested the government provide a minimum of £65 million (€71 million) in financial support before the city was put under Tier 3 COVID-19 restrictions in order to soften the impact of the new measures for residents and businesses.

The government counter-offered with £60 million (€65.7 million).

The Secretary of State for Housing, Communities and Local Government, Robert Jenrick, accused the mayor of being “unwilling to take the action that is required to get the spread of the virus under control” in the area and to “reach an agreement with the government.”

Burnham told reporters in an afternoon press conference that “the government has walked away from us.”

“It’s brutal, to be honest. This is no way to run a country in a national crisis,” he said, adding that a £5 million difference was a lot for the local authorities and people living in difficult situations.

“The pandemic has hit the north of England harder than other places because of the entrenched poverty,” he argued.

Upon being shown an email by Sir Richard Leese, the Manchester city council leader, which reportedly stated that the government would provide £22 million (€24 million) to the Greater Manchester Area, Burnham said the offer was “frankly disgraceful”.

At a later press conference from Downing Street, Prime Minister Boris Johnson confirmed that “Greater Manchester will move to the very high alert level” from midnight on Friday and will receive £22 million.

“An agreement was not reached and I do regret this,” Johnson said, describing the government’s offer as “extensive” and “proportionate” to what was previously offered to Merseyside and Lancashire.

He added that the funds are “separate and additional to any other support we were trying to agree with Manchester for business support” and that the government’s “door remains open” to further discussions.

On the introduction of the tighter restrictions, he said that “not to act would put Manchester NHS and the lives of many of Manchester’s residents at risk”.

Areas under Tier 3 — the highest level of alert under the UK’s multi-tier system — means pubs and bars can only remain open if they serve food and people are prohibited from socialising with anyone outside of their household or support bubble in any private setting or outdoor venues.

People are also strongly encouraged to not travel to and from these areas unless necessary.

The battle of words between Manchester authorities and the government comes as the UK recorded its highest one day increase in infections with 21,330 cases confirmed over the previous 24 hours.

A further 241 fatalities were also recorded, taking the country’s official death toll to 43,967 — the highest in Europe.

Professor Jonathan Van-Tam, the Deputy Chief Medical Officer for England, flagged however that the number so deaths on Mondays and Tuesdays tend to be higher as “we always get something of a catch up due to a delay of reporting deaths over the weekend.”

But, he went on, “overall, is the trend upwards? Yes. Do I expect the trend in deaths to continue upwards? Yes, unfortunately, I do.”