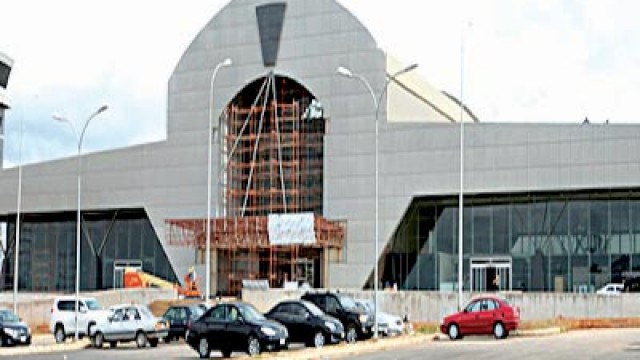 Despite the initial drawbacks that bedevilled the establishment of the Asaba Airport; leading to delay in the commencement of flight operations, OKUNGBOWA AIWERIE reports that with the completion of the rehabilitation of the airport and the ban on flight operations lifted, the airport is now ready to receive Boeing 737 and other bigger aircraft

THE Asaba International Airport, built during the regime of ex-Delta State Governor Dr Emmanuel Uduaghan on an expanse of land abutting the Benin-Onitsha Expressway, has endured a turbulent takeoff since the commencement of commercial flight operations in March 2011.

A few years into its operations in 2015, the Nigeria Civil Aviation Authority, (NCAA), the nation’s aviation regulatory agency downgraded the status of the airport, restricting its use to only DashAQ400 and ATR42 aircraft.

An undulating runway, a lack of perimeter fencing, the need to evacuate a nearby hill that compromised safety and the lack of training for members of the technical staff were reasons adduced by the aviation regulatory body for its downgrade of the airport.

The airport project has always had its critics from the outset, with many fulminating against its N47 billion price tag, and often questioning its desirability.

They argue that with the largely underutilised Osubi Airport in Okpe Local Government Area of Delta State lying fallow, the Asaba Airport is a misplaced priority.

But despite the COVID-19-induced lockdown and the downgrade it suffered, flight operations at the Asaba Airport is slowly gathering steam.

The airport touted as a much-needed addition to Nigeria’s air transport infrastructure by the state government is expected to impact regional commerce, communication, and economic growth.

Asaba is not only the gateway to the East, with its mammoth markets, but also conveniently situated to provide easy access to urban centres such as Awka, Owerri, Enugu, Port Harcourt, Benin-City, Onitsha, and Warri.

The salient question is, has the airport lived up to the lofty visions of its founders and become a major hub for local and international flight operations in the last decade? Or is it just a prestige project with no tangible impact on the local economy?

In September 2015, Governor Ifeanyi Okowa’s administration acted swiftly when it sought and got the approval of the state legislature for N5.021 billion loan facility to rehabilitate the airport.

With the completion of the rehabilitation of the airport and a standard runway in place, Aviation Minister, Hadi Sirika, in September, last year, lifted the ban, thus permitting the Asaba Airport to receive Boeing 737 and other bigger aircraft.

Presenting the 2020 budget to the State House of Assembly, Governor Okowa announced a “breakthrough with the approval by the State Executive Council for the concession of the airport to a consortium of investors led by Menzes Aviation, a world-renowned aviation company.”

The Governor told the House that it was “the first full brownfield airport concession in Africa and a hybrid arrangement covering further development and management of the airport.”

-Menzies Aviation to manage the Airport and provide airline support services; First Investment Development company to build Radisson Blu Hotel and Convention Centre at the Airport; Air Peace to operate as Anchor Airline and to build and operate a commercial Maintenance, Repair and Overhaul Facility; Rainoil to operate the Tank Farm and provide Jet A1 Fuel for Aircraft; Cybernatics to develop the Cargo Terminal and Logistics Centre; Quorum Aviation to build private jets terminal and operate helicopter services for the oil and gas industry; and Arbico Construction Company to develop and manage the business park.

The Governor further stated that “the concession is, in the first instance, for a period of 30 years with an annual concession fee of N100 million payable to the Delta State Government, escalating by 10 per cent every five years.

There is also an annual royalty of 2.5 per cent of Gross Annual Revenue payable to the State.

“With over N28 billion expected to be pumped into the airport development by the concessionaire over the next three years, the benefits to the state in terms of employment opportunities, urban renewal and tourism potential are enormous.”

He said: “Governance issues have been addressed. The concession process took over two years before we got to this stage. The reason the process took so long was for the government to be sure that we are clear on what we are doing. A committee put in place by the government is made up of people of high integrity, including Prof. Sylvester Monye, Dr Kingsley Emu, Chiedu Ebie, Secretary to State Government and David Edebvie. These eminent Deltans went through the process and critiqued the issues in the agreement clause by clause.”

He said with the installation of Instrument Landing System (ILS) at the airport, night flight operations will commence as soon as the calibration of the equipment is completed.

Special Project Director, Austin Ayemidejor was upbeat about the successes recorded so far, stressing that before the COVID-19 pandemic forced the suspension of flight operations, four airlines, including Arik, Aero, Air Peace and Azman patronised the airport. He said Ibom Air and United have given firm assurances to commence operations soon.

Ayemidejor is optimistic about the viability of the airport, while highlighting the projected revenue streams accruable to the airport.

His words: “There are two aspects of revenue generation in an airport. We have the aeronautical and non-aeronautical aspects. The former deals with landing fees, parking fees, passenger services charge, which is N1, 000. This is huge if there are a lot of passengers leaving Asaba for other destinations. Also, every flight coming into the airport pays landing fees.

“For the non-aeronautical part which has to do with rents from offices, shop spaces, restaurant, cab operations and trolley services, all these areas generate substantial revenue.

“Once we take to an international level with large aircraft coming in with about 300 passengers with 20 daily flights, then you can calculate and know the amount generated from passengers.”

Clarifying the appropriate status of the airport, Ayemidejor is adamant on the nomenclature “international” affixed to the Asaba Airport, even as he pointed out that the application for approval by the Delta State to NCAA is for an international airport.

He said: “Today, we have a licence to operate the class of Boeing 737 which is category six. When we upgrade to the next category which is eight or nine, then automatically we have become an international airport because we have paid for the designation already. We applied for an international airport, we paid for it and that is what we are vigorously and assiduously following up to ensure that we achieve that status soon.”

On the specific impact of the airport on the local economy, Ayemidejor said: “Significantly, the impact has been felt in several ways. Before now, it would take one hour and thirty minutes to get to Benin Airport which was the closest, and if you go through Osubi Airport near Warri, it will take two hours to get there. Now, just 10 minutes from Asaba town, you are already at the airport and 40 minutes later, you are in Lagos and 30 minutes you are in Abuja. The business sector has been enhanced significantly.

“The airport has created employment for many Deltans and created wealth for many others. The hospitality business is booming because more people come into town. An airport is a major economic catalyst anywhere in the world.”

Aside ad-hoc charter arrangements and publicity flights, the Asaba Airport has not received the patronage of major international airlines.

Save for the ad-hoc arrangement in March last year when Egypt Air had a short-lived arrangement between Egypt and Asaba which has been discontinued, and the chartered flight airlifting the Super Eagles to South Africa, the airport has not received any international flight.