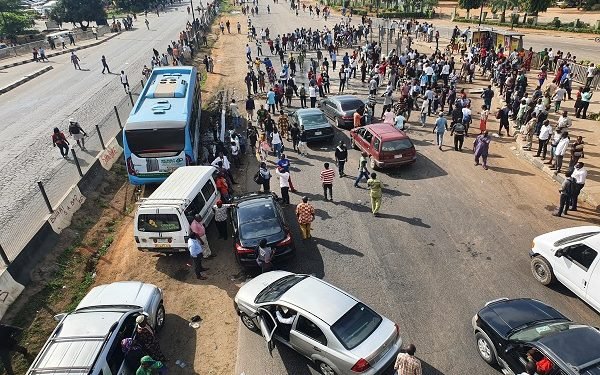 Locations marked by the #EndSARS protesters for their protests, has been taken over by Troops and police officers.

Some of the location includes AYA junction, the Central Bank of Nigeria headquarters amongst others.

As the protesters march towards the protest ground, military officers were seen at the Aya roundabout, Asokoro, early on Monday with a barricade, while the CBN was being protected by police officers backed with an Armoured Personnel Carrier and water cannons.

The protesters had on Sunday occupied the CBN headquarters while defying a downpour.