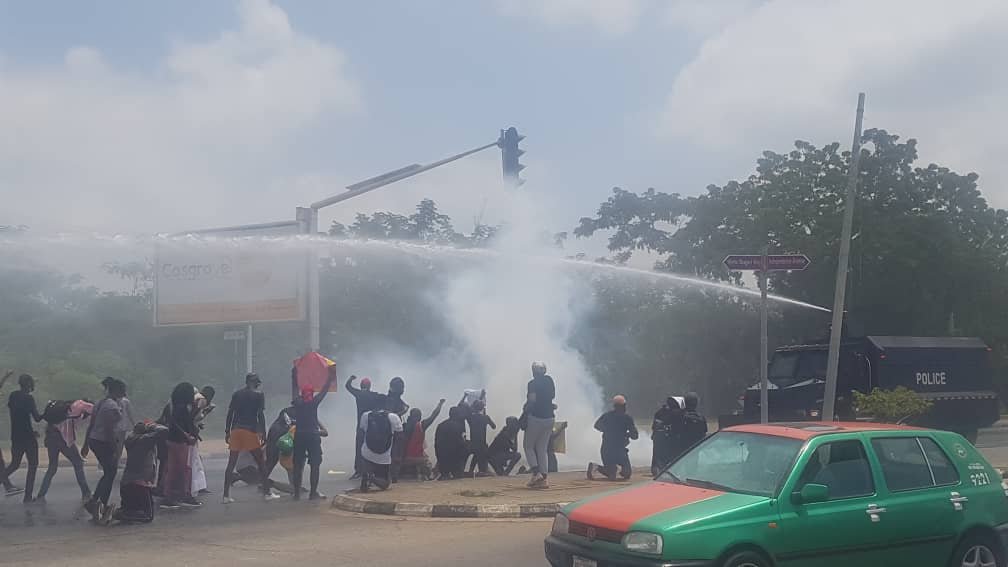 Protesters against brutality of Police have been dispersed by officers of the Nigerian Police who fired teargas at them in Abuja.

The #EndSARS protesters were stopped at the John Kennedy Street as they attempt to march through the back gate of the Presidential Villa.

The protesters are calling for an end to police brutality; reformation of the police; and an end to extra-judicial killings.

The police officers, in an attempt to disperse the protesters gathered at Power House in Asokoro, fired teargas.