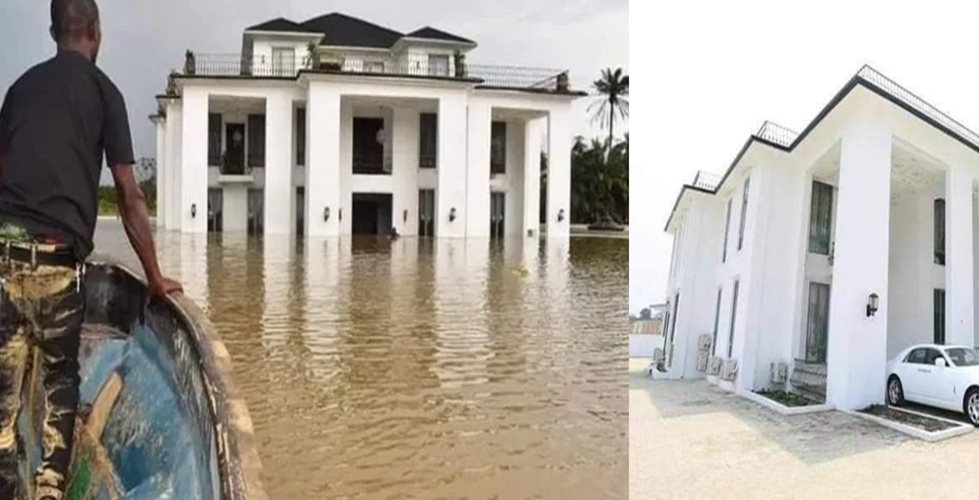 A mansion has partly been swallowed in flood after certain areas of Delta state became flooded.

The mansion reportedly belongs to Delta State Deputy Speaker, Hon Osanebi Ossai Friday, and many Nigerians feel no sympathy for him.

According to social media users they felt sorry for the poor people living around who are victims of bad governance and have no alternative.

Some stated that the government refused to fix the drainage problem so they can’t be bothered if a politician’s house is affected.

Below are social media reactions and more photos of the flooded mansion;

@centblast: How did he afford to acquire all these Mansion and exotic cars ? Deputy speaker of a state house of assembly ? THE TIME IS NOW !

@n6oflife6: You tell our Politicians that Stealing Billions will not Insure them from a Nigeria that doesn’t Work but they wont listen.