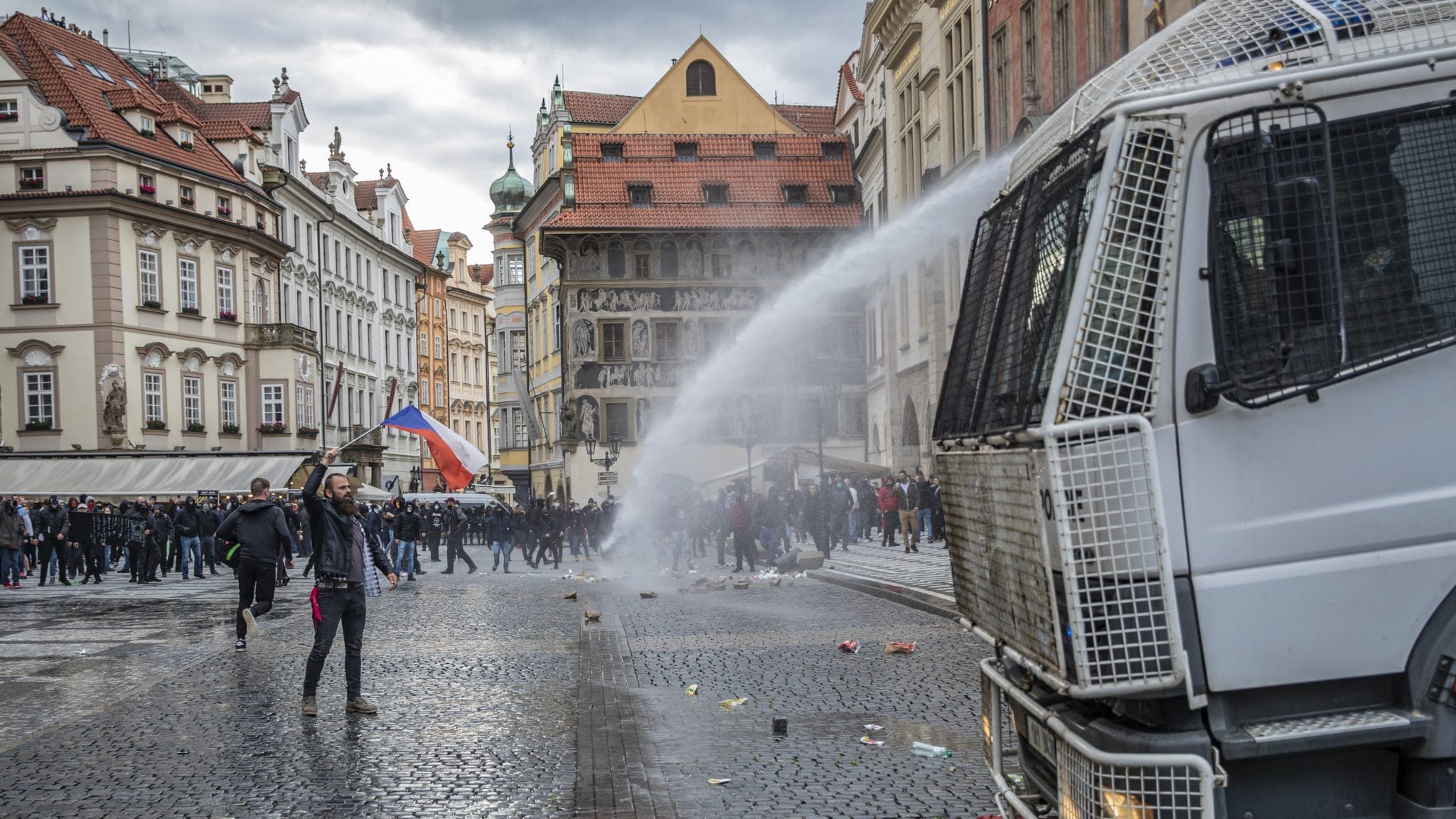 Thousands of protesters, including “radical” football fans according to police, gathered in the capital’s historic Old Town Square to demand the resignation of Health Minister Roman Prymula, the mastermind behind the restrictions.

“Participants attacked the police without any reason,” Prague police chief Tomas Lerch told reporters, while another officer described them as “radical fans”.

Police said they detained around 50 people before the rally and seized fireworks, brass knuckles, telescopic batons and firearms.

PHOTO Hundreds of demonstrators, mostly hooligans, clash with police during a protest against the Czech government's new measures in connection with the COVID-19 pandemic at the Old Town Square in Prague, Czech Republic, 18 October 2020. @epaphotos pic.twitter.com/EOToiPEUG5

The Czech Republic is the worst-off in the EU’s rankings of new coronavirus cases and deaths per 100,000 inhabitants.

On Friday, the EU member of 10.7 million people set a new record in daily infections with 11,105 cases.

The rally was organised by the HON civic association, though football supporters made up a sizeable percentage of the crowd.

“The government announces the measures automatically without context and most of us have no chance to cope with them,” reads a statement signed by the fans of 13 out of 18 Czech top-flight football clubs.

Waving a Czech flag, protester Vlasta Ciencialova, who came to Prague from the east of the country, did not mince her words regarding Prymula.

“He admits no opposition. How dare he? Who does he think he’s talking to? We’re not sheep, we’re normal people,” she told AFP.

Prymula himself slammed the protesters for “disdaining the work of medical workers.”

“I suppose we’ll have hundreds of new infections as a result,” he added.