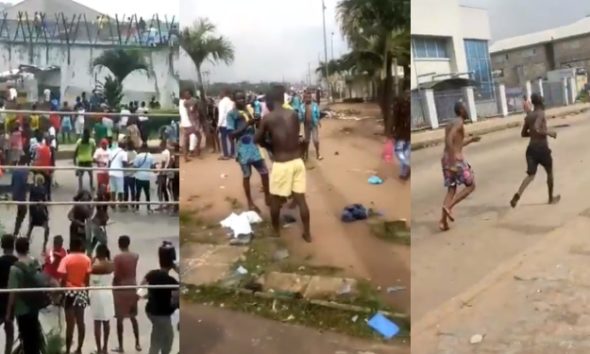 Information reaching us has it that thugs have attacked a prison on Sapele Road in Benin City, the Edo State capital, this morning.

It was learnt that the armed thugs had taken over an #EndSARS protest against police brutality and extrajudicial killings.

A viral video has emerged in which the thugs could be seen unleashing terror on prison officials to free inmates.