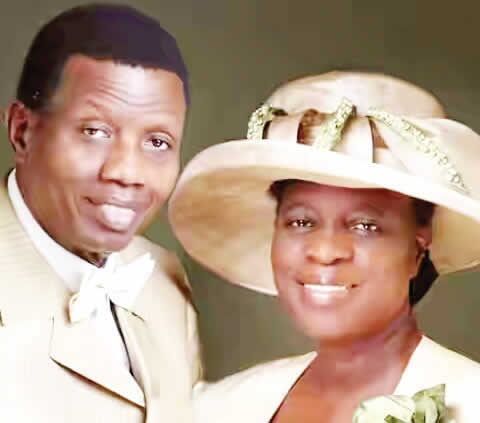 Just like Jesus Christ in the holy bible, Wife of the General Overseer of Redeem Christian Church of God, Pastor Adeboye was said to have fed thousands of souls at the #EndSars protest in Alausa Ikeja, Lagos.

According to online sources, Mummy G.O as she is fondly called donated 200 packs of bottled water, 1,000 pure water and 27 bags of puff-puff. Reports has it that the food items were moved to the protesting ground with a big truck.

This comes few days after her husband, Pastor Adeboye made known his opinion on the ongoing #EndSARS protests across major cities of the nation.

According to Pastor Adeboye in a statement released by its Assistant General Overseer, Administration and Personnel, Pastor, Johnson Odesola, he hailed youths for protesting against the alleged brutality and extortion of police operatives.

Pastor Adeboye’s son, Enoch Adeboye also led a service for #EndSARS protesters in Lagos on Sunday, 18th of October at the protest ground in front of government house, Lagos.