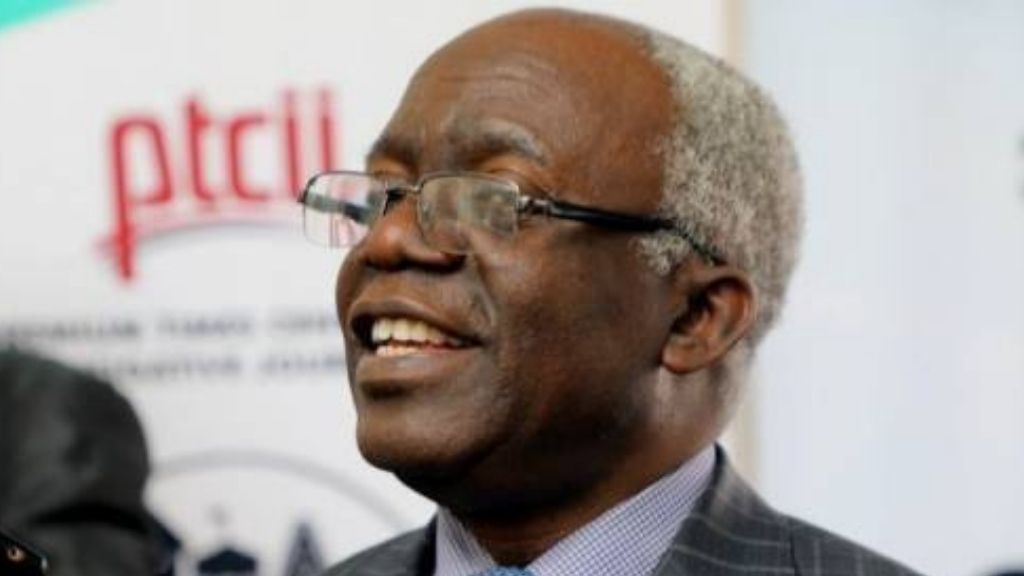 Femi Falana (SAN), Chairman, the Alliance for the Survival of COVID-19 and Beyond (ASCAB), has warned the Nigerian military against killing any #EndSARS protester.

In a statement to newsmen, Falana vowed to drag Chief of Army Staff, Lt Gen Tukur Buratai, or any of his men if any protester is killed.

He insisted that in no instance had soldiers being deployed to suppress the protesters in Hong Kong, United States, France, South Africa, Belarus and even in Sudan.

The senior lawyer stated that the Army’s Operation Crocodile Smile has been declared illegal by Nigeria court with competent jurisdiction.

“ASCAB recalled that the Federal High Court in July this year granted a perpetual injunction restraining the army from such an exercise in Femi Falana SAN v Chief of Army Staff (FHV/L/CS/1939/19.

“Every bullet that goes out from the barrel of the gun, is owned by the people of Nigeria adding that it is a crime under international law to release these bullets with the hope of taking human life,” the group said.

Falana revealed that the group was already compiling lists of all rights extra-judicial killings associated with the protests.

He warned that any Nigerian soldier involved in killings will be held personally responsible at the international court.

“The plan to deploy soldiers is dangerous. It will push Nigeria into the red light district of global reckoning. Sending soldiers after school children and leaders of tomorrow shows what future we anticipate for the teeming population of young men and women who have taken to the streets to protest against a system that buries their dreams and shatter their potentials and aspirations.

“We urge President Mohammadu Buhari not to use soldiers to quell a peaceful, civil protest. The protesters have been lawful. The few cases of violence were associated with armed thugs disrupting the protests coupled with the shooting of protesters by security operatives.

“The political class is isolating Nigerians from governance. State resources are squandered by a few, corrupt people who over the years have failed to address institutional rot that continues to fuel anger and desperation of the toiling people,” it added.