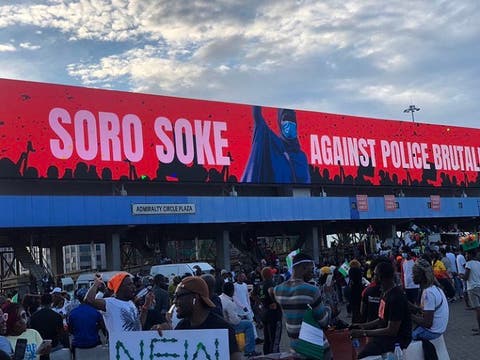 #EndSARS Protesters in a bid to make their voices louder and heard have launched Soro Soke online radio.

The Soro Soke radio with its link, https://s4.radio.co/s99d55c85b/listen, has programmes and live reports of missing and found #EndSARS protesters.

This online news platform understands that protesting youths in Nigeria are agitating for the end to police brutalization and extrajudicial killings of Nigerians. The protesters have been on the streets for more than a week now, protesting the brutalities, humiliation, and extortion of Nigerians, especially the youths.

On the backdrop of the protests, the #EndSARS Protesters have launched online radio, Soro Soke radio which is expected to aid the coordination and communication of the protesters.