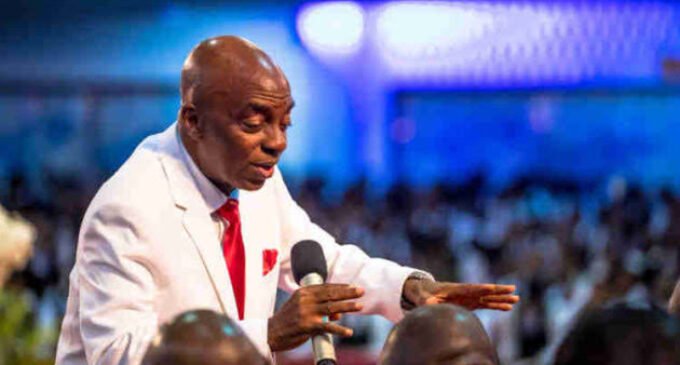 Bishop Oyedepo endorsed the #EndSARS protests while speaking during a service at the auditorium of Cananland in Ota, Ogun state, where he added that the protests are justified because “Nigerians have been pushed to the wall.”

This online news platform understands that protesting youths in Nigeria are agitating for the end to police brutalization and extrajudicial killings of Nigerians. The protesters have been on the streets for more than a week now, protesting the brutalities, humiliation, and extortion of Nigerians, especially the youths.

On the backdrop of the protests, Bishop Oydepo stressed on Sunday that young people have the right to protest, warning security operatives not to attack them.

According to him, “Every man has a right, legitimately so, to express their displeasure and pains. I kept quiet for a while because in 2015, I warned this nation, vehemently, consistently, because I saw the dangers ahead and you can tell,” he began.

“The most gruesome season in the history of the nation is the last five years where lives have no value, wanton killings here and there.

“Now they have faced the youths and because they don’t know who is next, they have the right to say enough is enough. Any system that has no value for human lives is irrelevant.

“And now, it would be a sacrilege to shoot the protesters who are not looting, who are not ravaging. When you push a goat to the wall then you will know that goats have teeth to bite.

“It is a sacrilege to kill youths during a protest, this protest is legitimate,” Bishop Oyedepo said.