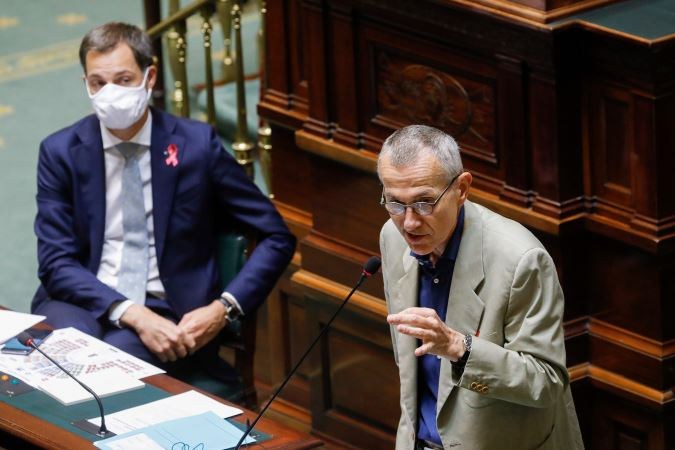 Belgium’s Consultative Committee will gather at 2:00 PM to discuss the current situation in the country and likely take stricter measures to stop the spread of the coronavirus.

Despite only having introduced new measures last week, Prime Minister Alexander De Croo will likely announce new rules today, as he told the House on Thursday that “necessary extra measures” would be taken “quickly.”

The promised “coronavirus barometer” is expected to be launched today following its approval by the Committee. It will be a colour coded system that will grade the epidemiological situation at a national, provincial and regional level, making it possible to counter the spread of the virus in a more targeted way.

According to De Standaard, the barometer will distinguish between four levels and should make it clear “what specific measures will apply in the various sectors.” It will also show how many close contacts people are allowed to have, depending on the colour.

Reducing the number of close contacts people are allowed to have is also on the agenda. Currently, everyone can have a maximum of three others they do not have to keep a safe distance from, outside of the people living under the same roof. That number will likely be reduced further, possibly to only one other, according to several experts.

Making teleworking where possible mandatory again, instead of recommended, is also a topic that is being discussed. As it is a relatively small change that could have a big impact, experts say, it is almost certain that this measure will be announced.

Stricter rules for the hospitality sector are also on the table. Currently, different rules apply to bars (which are shut in Brussels, and have to close at 11:00 PM in the rest of the country) than to restaurants (which can remain open until 1:00 AM).

Additionally, restaurants can seat groups of up to ten people, while the maximum number of people at a table in bars is four.

Whether or not the stricter bar rules could also be applied to restaurants will also be discussed. Earlier closing times, or even a complete shutdown of the sector, is also a possibility.

A (local) curfew, which is already in force in several Walloon provinces, will also be on the table.

The rules for events, such as number of people allowed, will also be reviewed.

Several decisions on other levels have already been taken over the course of last week. Primary and secondary schools, for example, will remain in code yellow, while several universities and university college have already switched to code orange, and the University of Ghent even to red, both reducing the number of students on campus.

Before the autumn holidays, adult education and part-time art education will also go into code orange.

Additionally, the sports sector in Flanders has also been given code orange, meaning that all indoor sports, where the safety distance of 1.5 metres cannot be guaranteed, are prohibited.