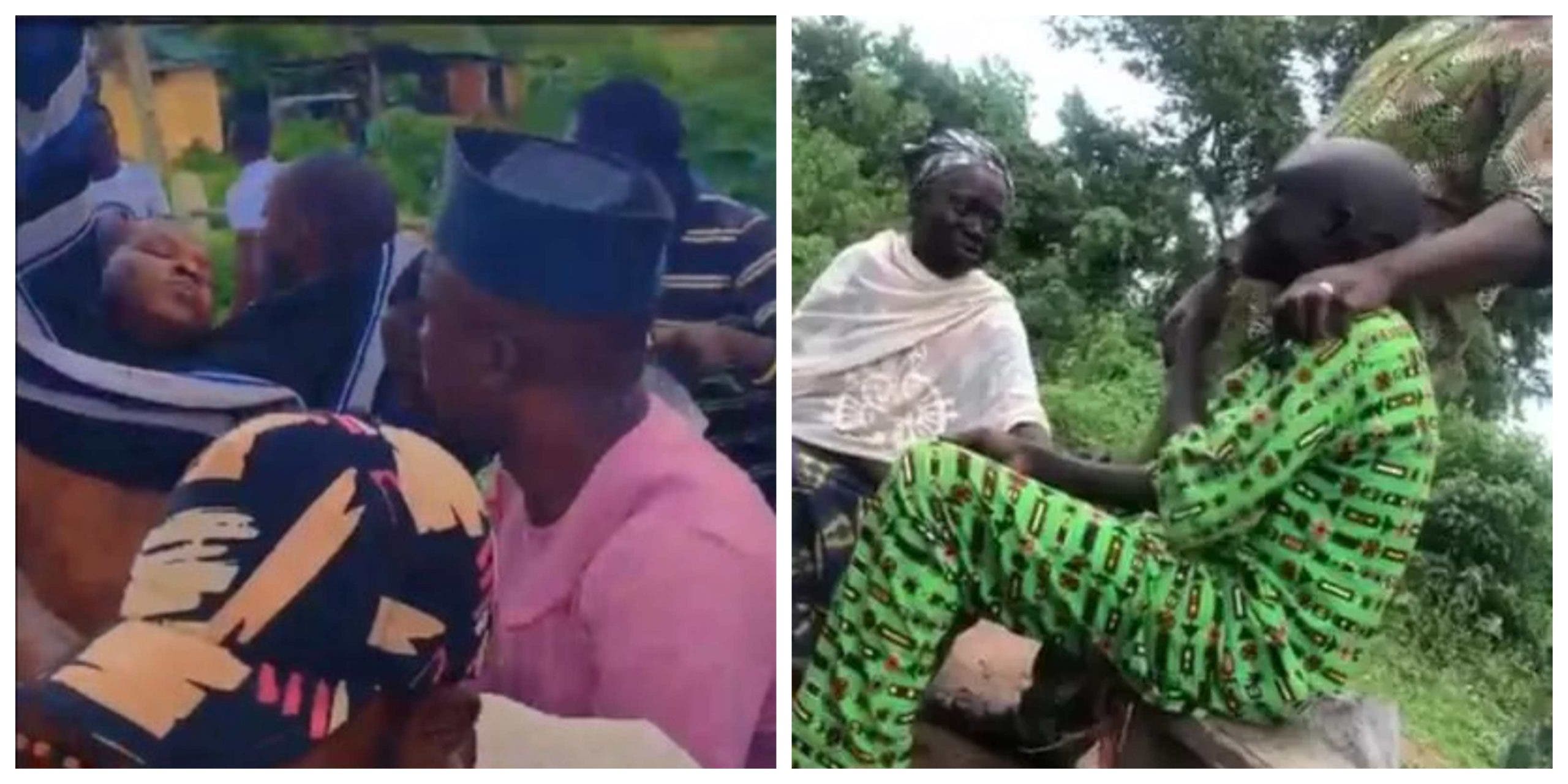 Jimoh’s father, mother, grandfather, and baby mama all spoke about the events leading up to his death.

The very heartbroken family of Isiaq Jimoh, a young man who was brutally killed during an #EndSARS protest in Oyo state, have wept bitterly about his demise, calling out for justice to be served.

Jimoh’s father, mother, grandfather, and baby mama all spoke about the events leading up to his death.

His father said he wasn’t protesting and was simply on his way to his mother’s house when officers started firing at end SARS protesters and he was hit.

His mother said she called him immediately she heard there was a riot and asked him to go home immediately.

Jimoh’s child’s mother explained that he only recently returned to beg her for forgiveness for abandoning her and their baby after she got pregnant and promised to be there for them henceforth. She said he also apologized to her mother but he didn’t live to fulfill his promises.

His grandfather stated that SARS officers are “thieves” and you can’t have a “thief arresting thieves.” He said SARS is the reason for his grandson’s death and should be disbanded. He added that he has no problem with the police because they are needed and they do not cause as much problem as SARS.

Isiaq Jimoh’s father stated that he knows the name of the officer who allegedly killed his son and he expects justice to be served. He explained that 3 bullets were removed from his son’s body during surgery and four strangers donated blood in addition to the ones donated by family members for his son’s surgery. Unfortunately, his son didn’t survive the surgery because he was bleeding heavily from his bullet wounds. Below is the video recorded by Punch.