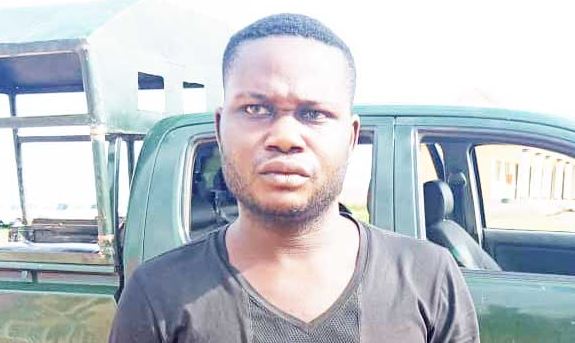 Fachii is the 76th member of Gana’s gang to be apprehended by the authorities.

Kamaor Fachii, One of the commanders of the late militant leader, Terwase Akwaza “Gana” has been apprehended by soldiers.

He was arrested by the men of the Four Special Forces Command, Doma Local Government Area of Nasarawa at Katsina-Ala where he was said to be hiding at his girlfriend’s residence.

Commander of Four Special Forces Command, Doma Moundhey Ali Gadzama revealed that Fachii is the 76th member of the gang to be apprehended by the military and also assured members of the public that the military will continue to be on the trail of other gang members until they are all arrested.