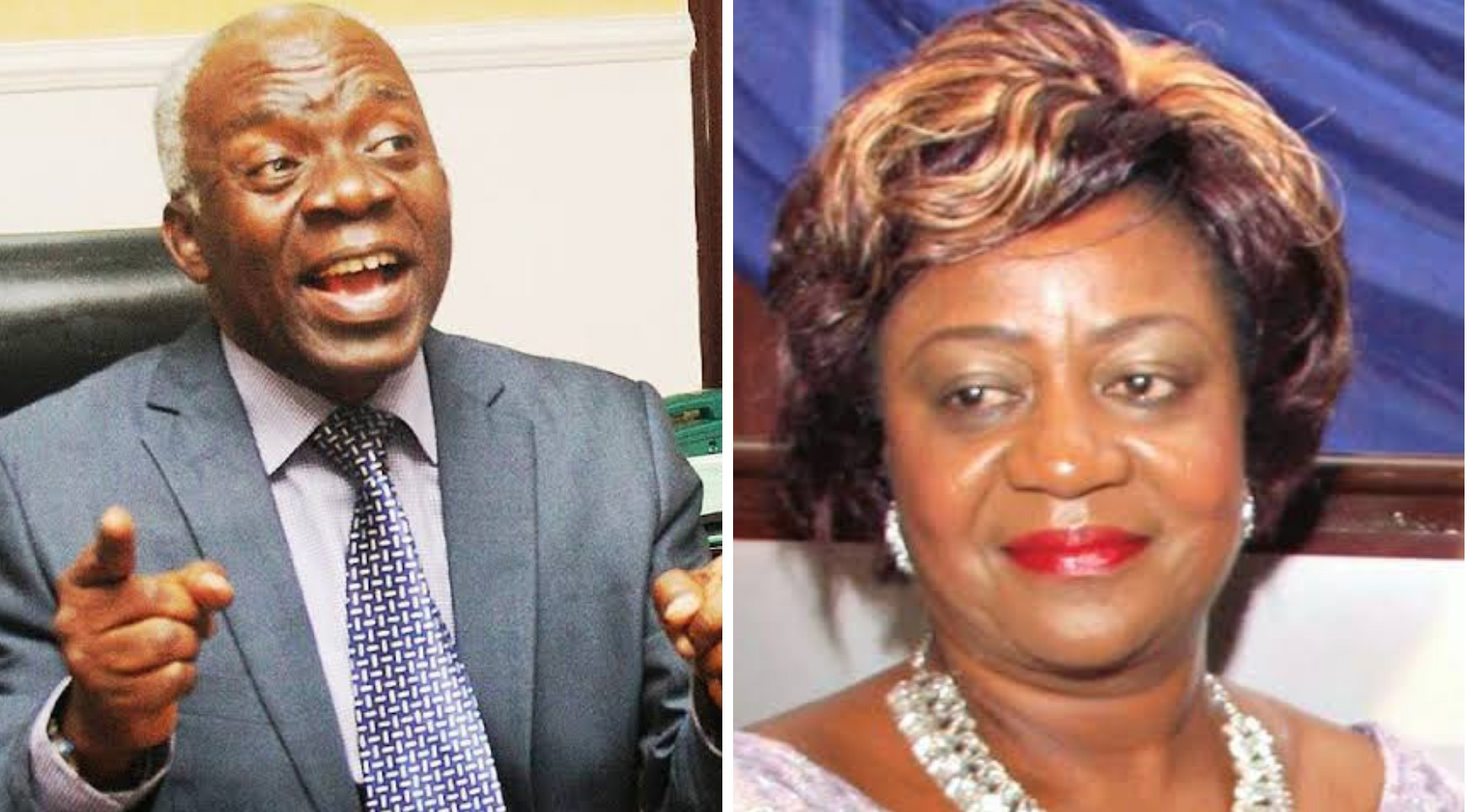 Human Rights lawyer, Femi Falana, SAN, has stated reasons why President Muhammadu Buhari should not appoint his aide, Lauretta Onochie, as a Commissioner of the Independent National Electoral Commission.

Falana in a statement released on Tuesday noted that the special assistant to the President is a card-carrying member of the All Progressives Congress.

According to Falana, any card-carrying member is not qualified for the position of the commissioner of INEC.

The President on Tuesday nominated Onochie alongside three others for confirmation by the Nigerian Senate in line with the laws that set up the electoral umpire.

Falana further stated that Onochie who was nominated by the President has been active in attacking members of the opposition.

He added that as a Commissioner of INEC, one must not be partisan, a rule which he says the presidential aide is not compliant with.

He said, “In view of the desire of President Muhammadu Buhari to fill some vacancies in the Independent National Electoral Commission, it has become pertinent to draw the attention of the Council of State and Senate to the following provisions of the constitution.”

The senior lawyer noted that it is required of Buhari or any other President to consult with the council of states before appointing the members of the electoral commission pursuant to section 154 (3) of the constitution;

“Paragraph B of Part 1 of the 3rd Schedule to the constitution provides that ‘The Council of State shall have the power to advise the President in the exercise of his powers with respect to (iv) the Independent National Electoral Commission including the appointment of the members of the commission,” said the Senior Advocate of Nigeria.”

“Pursuant to section 154 (1) of the constitution, the appointment of the members of the Independent National Electoral Commission shall be subject to confirmation by the Senate.”

“Paragraph 14 of Part 1 of the third Schedule to the constitution as amended by Section 30, Act No 1 of 2010, a member of the Independent National Electoral Commission ‘shall be non-partisan,” he said.