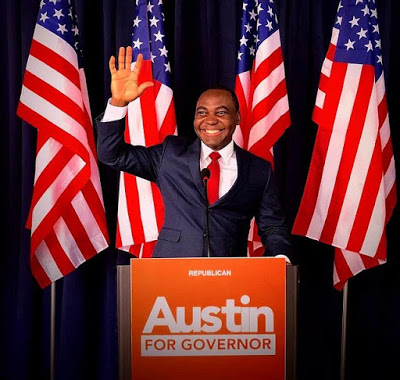 Austin Chenge, a 34-year-old Nigerian, is running to become a governor of the US state of Michigan.

A statement issued by Abdul-Rahman Balogun, head of the media department of the Nigerian Diaspora Commission, said the candidate, who hails from Benue State, would challenge Lamar Smith of the United States under the banner of the Republican Party.

Chenge had announced his intention to run for governor of Michigan in the March 2020 election, which is the first Republican candidate in the race.

According to the statement, the young Nigerian has many ambitions in the United States and has been criticized for pursuing goals that many see as difficult.

Chenge has a degree in law at the University of Birmingham in the United Kingdom. He has served in the U.S. military since 2018.

The statement added that Chenge made a name for himself by launching the “Wazobia tricycle” in 2016, which aims to improve the welfare and well-being of people across Africa.