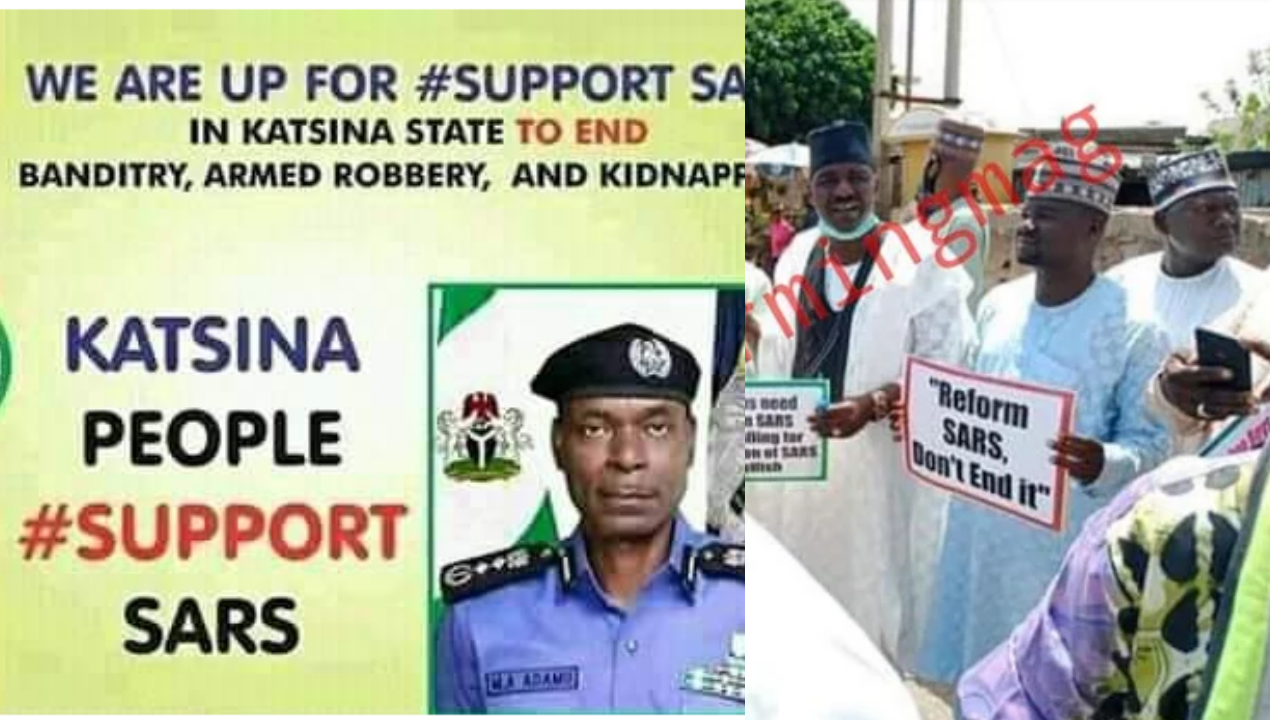 Youth of Katsina state have staged a protest in support of Special Anti-Robbery Squad, SARs, a group which has been dissolved by the Inspector General of Police.

Demanding  the unit be deployed to the state, the youth showed support for the group and requested that the IGP reverses his declaration.

Youth across the Southern parts of Nigeria staged protests demanding the operative be dissolved and ended due to multiple reports of killings and stealing from innocent Nigerians.

Katsina Youth also requested that members of the unit be deployed to the state in order to fight against banditry.

Sharing banners and posters that reads “Support SARs”, Katsina Youth came out in mass to show support for the unit

Note that Katsina state is the state of Origin of the president of Nigeria, Mohammadu Buhari.

Below are photos as shared by The Charming Magazine.