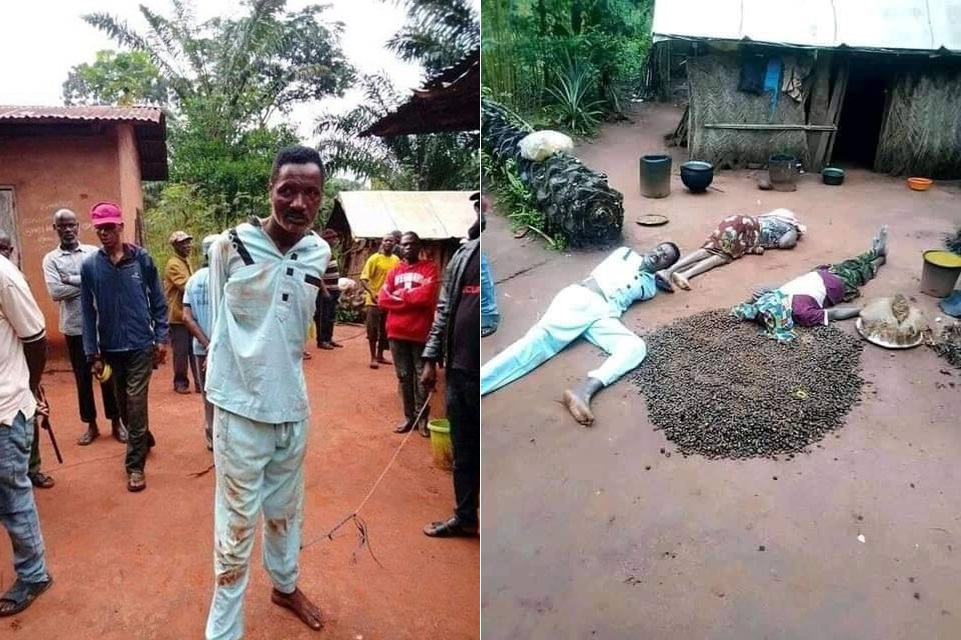 A yet-to-be identified man has been arrested for allegedly killing his parents in Enugu State during an argument.

It was gathered that the tragic incident happened on Sunday, October 11, at Mkporogwu Iheakpu-Awka community in Igbo-eze South Local Government Area of Enugu State.

The suspect was arrested after he killed his parents.

From the pictures you could see that he was taken by the police in their operational vehicle.The incident has gotten a lot of reactions from Nigerians, some were saying that the suspect was manipulated to kill his parents because no man in his right senses will murder his own parents while others think he is mentally deranged.