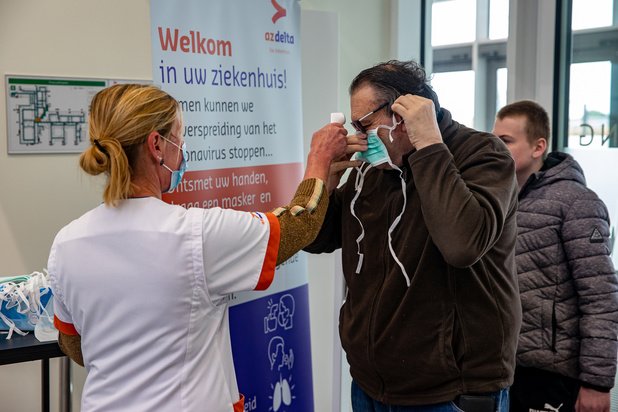 Nearly one in every five people tested for the coronavirus in Brussels returns a positive result, bringing the positivity ratio in the capital to just under 20%.

The figures correspond to tests taken between the 2 and 8 October and represent a hike from numbers reported last week for the week prior, during which one in 7 seven tests returned a positive result.

Brussels’ positivity ratio sets the Belgian capital well above the national average, which stood at 10.4% for the same period.

The increase comes as regional officials open up new testing centres across the capital in an effort to screen more people for the virus and reach a daily testing capacity of 9,000.

So far three new testing centres have opened in Brussels: one in Avenue Pachecho in the Rogier neighbourhood, one in Médore, in the municipality of Etterbeek and one in Forest’s Albert quarter.

Throughout the capital region, the municipality of Molenbeek continues to lead as the most hard-hit, with the incidence rate there reaching 1,000 new cases per 100,000 inhabitants, according to daily figures by Sciensano.