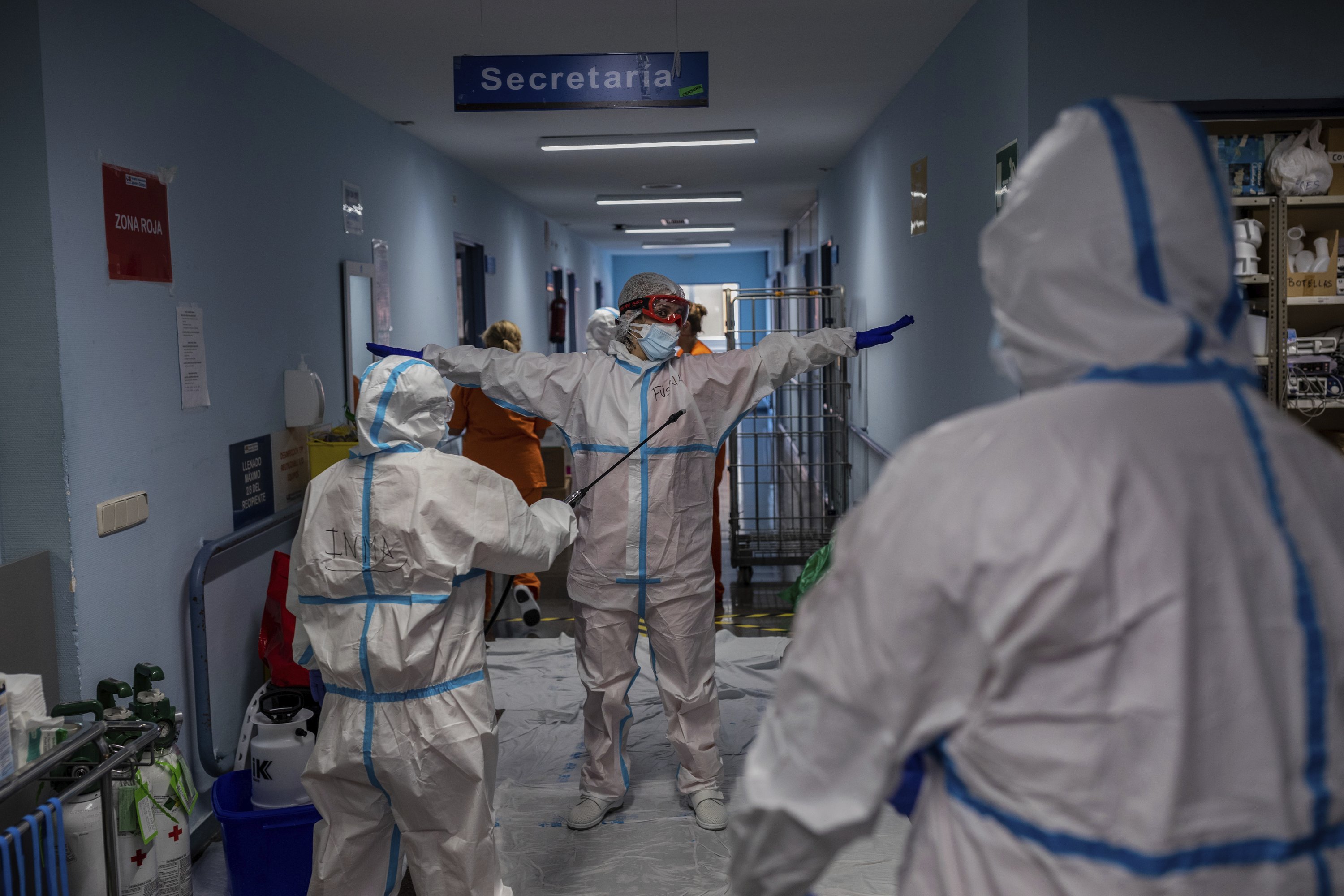 The World Health Organization (WHO) has said it has “no new answers” to the coronavirus pandemic, as it reportsed a worldwide record of 350,000 new daily cases.

The health agency said the confirmed daily high of 350,766 cases surpasses by nearly 12,000 a record set earlier this week.

That tally includes more than 109,000 cases from Europe.

He said although the agency wants countries to avoid punishing economic lockdowns, governments must ensure the most vulnerable people are protected and take measures toward that end.

The situation in Europe

Spain: Police have been deployed in Madrid, after a state of alert was announced in the Spanish capital and surrounding areas due to the explosion in COVID-19 cases.

The state of alert – cancelled yesterday by a court decision but now reimposed by the central government – is in effect for 15 days, restricting all non-essential trips in and out of the city, and renewing restrictions on bars, restaurants, shops, sports venues and more.

Spain’s interior minister said 7,000 police would be deployed to enforce the restrictions. Officers duly began carrying out checks on Friday.

Germany: A country that up until now has escaped the worst of the pandemic, Germany is seeing a big rise in cases with more than 4,000 new daily cases, a record since April.

Chancellor Angela Merkel warned on Friday that new restrictions would be imposed soon if the contamination wasn’t halted, while the day before her health minister said she feared an “uncontrolled” spread in the country.

In Berlin, most shops as well as all restaurants and bars will have to close from 11 pm to 6 am from Saturday and at least until 31 October.

In these areas bars are being closed, and restaurants will have to enforce strict measures to remain open.

The country’s maximum alert level kicks in when the incidence rate of the virus exceeds 250 cases per 100,000 people and at least 30 per cent of intensive care beds are reserved for COVID-19 patients.

France registered 20,339 new cases in 24 hours, a new record, according to official figures on Friday evening.

The government’s scientific council has not ruled out the possibility of local reconfinements “if necessary”.

Elsewhere, in Belgium, cafés and bars closed on Thursday morning throughout the Brussels region. In Poland, the government has announced that it is making the wearing of protective masks compulsory throughout the public space, as in Italy.

In neighbouring Austria, the government has not totally ruled out a second containment after a record number of new contaminations in 24 hours, as in Croatia further south.