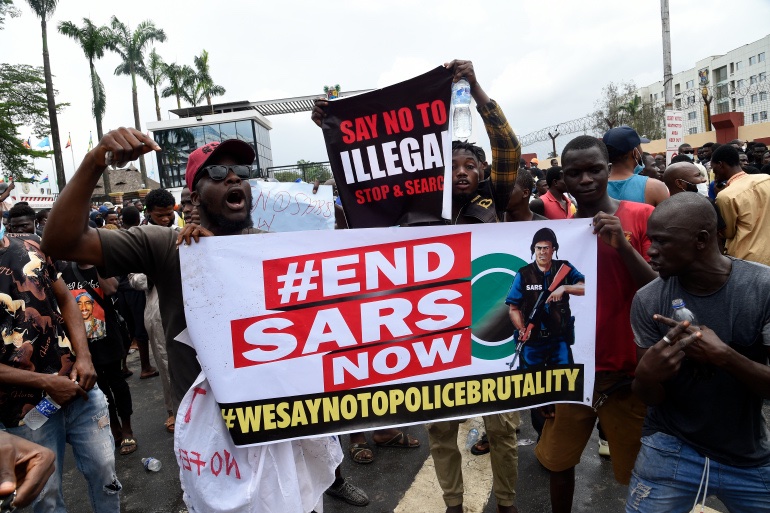 Awosanya, popularly known as Segalink, made this known while featuring on Channels Television’s programme, Sunrise Daily, on Saturday.

Segalink stated that the government refusal to listening to the outcry of Nigerians to end SARS will only prolong the protest across the country.

According to Awosanya: “The protests will continue to go on because the authorities are not listening to the people, if they listen enough all the things we are seeing today we told them before now but they are not listening.

“We told the authorities that it will get to this point if they continue to be insensitive to the cry of the people and what are they asking for? they are saying shut down impunity.

“ENDSARS simply means end impunity, the culture of impunity where people get away with crime.

“If an armed robber commits crime with a gun, we know what the penalties are but what about a police officer who is maintained by taxpayers money and use the state’s gun to rob innocent citizens and he gets to be transferred and we keep seeing him.

Recall that President Muhammadu Buhari had on Friday meet with the Inspector General of Police (IGP) Mohammed Adamu alongside Vice President Yemi Osinbajo.

The meeting was held to brief the president on the ongoing nationwide protest.