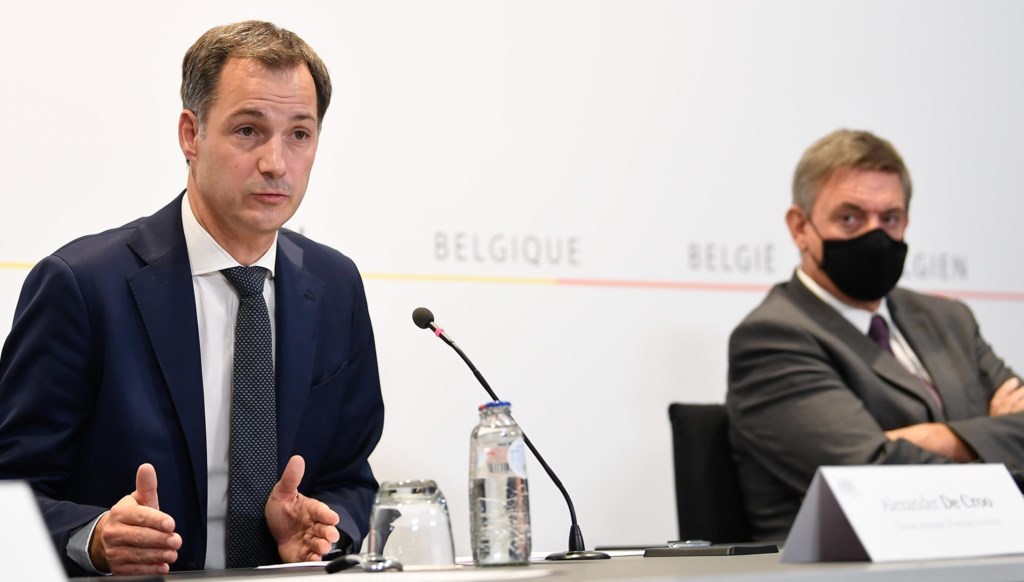 As Belgium’s new federal government and the Brussels-Capital Region both announced different coronavirus measures earlier this week, here is a recap of which restrictions go into force from today.

The rules, announced by new Federal Health Minister Frank Vandenbroucke, will stay in place from Friday 9 October, for at least one month, after which they will be evaluated.

From today, every person has to reduce their close contacts – the people you do not have to keep 1.5 metres distance from, but are allowed to cuddle and kiss – to a maximum of three others, outside their own household.

For private gatherings, people are only allowed to receive up to four guests at home at the same time, in addition to their own family. They do not have to be part of your three close contacts, but then all safety measures should be respected. The rules on how to safely receive guests in your home can be found here.

Cafés and bars across the country will have to close their doors at 11:00 PM, and tables can only seat groups of maximum four people. If your household consists of more than four people, however, you can still sit together at one table.

In the Brussels-Capital Region, however, cafés and bars had to shut down completely from Thursday morning, for a period of one month as well.

Rules for restaurants have not changed, meaning they can remain open until 1:00 AM, and tables can seat groups of up to ten people.

Non-organised gatherings in the open air are still allowed with a maximum of four people.

The measures regarding hand hygiene, keeping sufficient social distance, and wearing a face mask where mandatory remain in place.

Lastly, the rules will be enforced more strictly, according to Vandenbroucke. Enforcement will be important everywhere, in markets, in shopping streets and on public transport, he said.