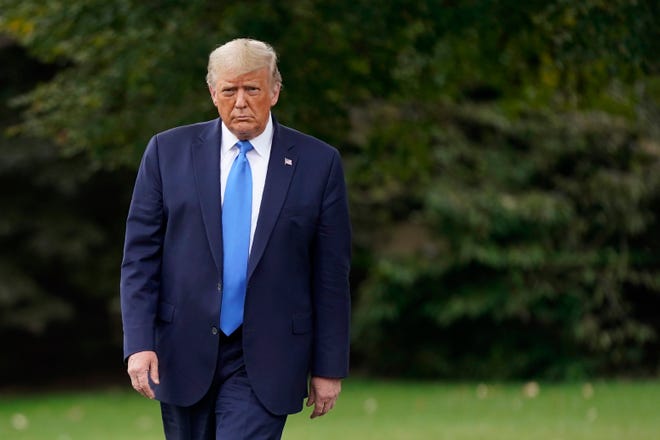 Top White House aide Stephen Miller has tested positive for COVID-19, becoming the latest member of US President Donald Trump’s entourage to have the virus.

White House aide Hope Hicks, a number of Republican senators and press Secretary Kayleigh McEnany have all tested positive, while three other members of staff in the president’s press office have also returned a positive result.

“Over the last five days I have been working remotely and self-isolating, testing negative every day through yesterday. Today, I tested positive for COVID-19 and am in quarantine,” Miller said in a statement on Tuesday.

First lady Melania Trump has also been isolating upstairs in the White House.

Her office on Tuesday released a memo outlining extensive health and safety precautions that have been put in place in the executive residence, including adopting hospital-grade disinfection policies, encouraging “maximum teleworking” and installing additional sanitisation and filtration systems.

Residence staff in direct contact with the first family are tested daily and support staff are tested every 48 hours. Since the president and first lady tested positive, staff have been wearing “full PPE”.

As for Trump’s own recovery, his doctor, Navy Commander Sean Conley, said in a letter that the president had a “restful” Monday night at the White House and “reports no symptoms”.

Social platforms restrict Trump post comparing flu and COVID-19
Facebook and Twitter on Tuesday restricted a posted by Trump in which he suggested the coronavirus is not as deadly as the flu “for most populations”.

Trump wrote on both social media platforms earlier on Tuesday: “Flu season is coming up! Many people every year, sometimes over 100,000, and despite the Vaccine, die from the Flu [sic].

“Are we going to close down our Country? No, we have learned to live with it, just like we are learning to live with Covid, in most populations far less lethal!!!”

The tweet has not been removed but now comes accompanied by a label warning that it “violated the Twitter Rules about spreading misinformation and potentially harmful information related to COVID-19”.

It’s not the first time Trump’s posts about the novel coronavirus have been restricted. In August, Facebook removed a post which included a video of Trump claiming that children were “almost immune from COVID-19”.

It is also not the first time Trump has compared COVID-19 to the flu: the first caused by a coronavirus known as SARS-CoV-2, while the other consists of various strains of influenza viruses.

But is it true to say the former is “far less lethal” than the latter?

Scientists are still trying to pinpoint the mortality rate of COVID-19, given that it is a newly-discovered virus; however, current data is suggests it is several times more deadly than influenza.

In fact, the World Health Organization (WHO) has said the crude mortality ratio of COVID-19 sits around 3-4%, while the same data for seasonal influenza is usually below 0.1%.

COVID-19 and influenza in the USA

The US Centers for Disease Control and Prevention (CDC) estimates there have been around 12,000 – 61,000 deaths from influenza in America every year since 2010. But it is important to note that these are just estimates.

Dr Jeremy Faust, who works in emergency medicine at Brigham and Women’s Hospital, and is an instructor at Harvard Medical School, noted earlier this year that CDC predictions were made by “multiplying the number of flu death counts reported by various coefficients produced through complicated algorithms.

“These coefficients are based on assumptions of how many cases, hospitalisations, and deaths they believe went unreported,” he wrote.

By counting flu deaths across last six flu seasons in the same way COVID-19 deaths have been counted, he said the toll actually ranged between 3,448 and 15,620.

In comparison, more than 210,000 Americans have died with COVID-19 between January and October 2020.

“In other words, the coronavirus is not anything like the flu: It is much, much worse.”