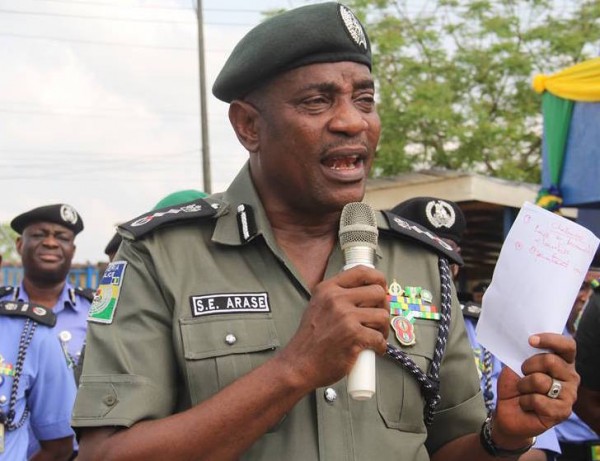 Former Inspector General of Police, IGP, Mr Solomon Arase, has advised that the ban on the Federal Special Anti-Robbery Squad, FSARS and a host of other police tactical units allegedly involved in various forms of police brutality, will not curb such excesses of the police.

Mr Arase in a chat with Vanguard advised the Federal Government and the Nigeria Police to go to the source of the problem and tackle it by outrightly disbanding all forms of roadblocks in the country’s highways and acquiring vehicles to be used for routine patrols of such highways.

He also wondered how last Sunday’s ban on FSARS ordered of the IGP, Mr Mohammed Adamu will be implemented saying, “Now you (IGP) have issued the order, what is the implementation strategy of the order? Are you going to send people on monitoring units to make sure that they are cleared from the highways? What should be is to just dismantle the roadblocks.”

Warning on likely increase of roadblocks particularly in the southern part of the country, the former police boss said: “You will see what will happen between November and December on the highways especially in the South-South, the roadblocks will increase and it is difficult to keep a policeman on the highway for hours at a stretch without food and water, he becomes agitated and his anger management will become very low.”

Speaking further, he said: “The solution is for you to remove those roadblocks and you will get the whole issue solved. If you ban FSARS, have you banned policemen from the roadblocks?

“FSARS is just a component of the people who block the highways, so if you ban FSARS, what about the others, or are they’re not going to be policemen on the highways? There will still be trouble between the policeman on the road and members of the public and once you have a roadblock, there must be arguments between civilians and policemen.

“The best solution is to just remove those roadblocks and let the Federal Government buy more vehicles, put it on the highways and let them patrol the roads, give the operatives launch parks and water and you will see the outcome.”