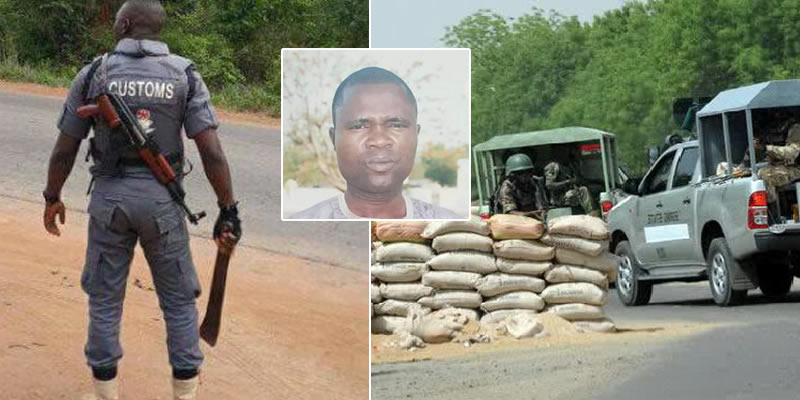 Garba Nasiru, an Assistant Superitendent, attached to the Katsina State Command of the Nigeria Customs Service has been killed by bandits at a checkpoint in Dan Arau village along the Katsina/Jibiya Highway in the state, on Friday, October 2.

The bandits had intention of carting away the deceased body but security operatives engaged in a gun duel before his corpse could be retrieved from them.

The Spokesperson for the Katsina State Police Command, Gambo Isah confirmed the incident but did not give details.

“Yes, the incident was true; bandits killed a customs officer at the Dan Arau village checkpoint but approach the customs for details.” he said.

Sources within the division disclosed that the late officer had since been buried according to Islamic rites.

His relative, Idris Adamu who also confirmed the incident took to social media to mourn his uncle, wrote;

I lost my Unclee, Nasiru Garba. Untill his death he works with the Nigeria Customs service. He was killed by armed bandits on his duty post in Katsina. Please friends and relatives your prayers are needed for God to forgive him and bless him with Aljana. Rest on my generous uncle. You are good to all.