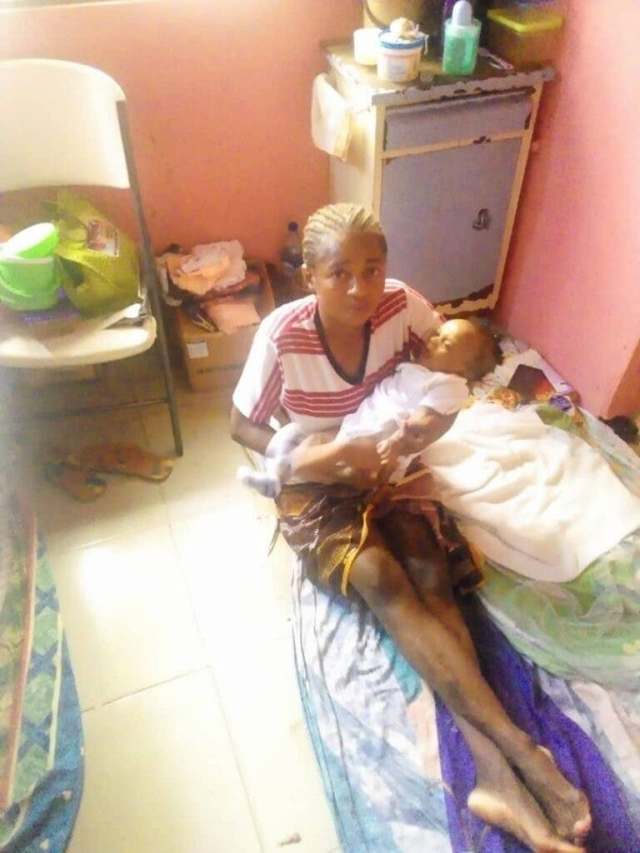 A nursing mother identified as Blessing Bassey who has been sleeping on the floor of one of the wards of Mojol Hospital, Church Street in the Shasha area of Lagos State alongside with her baby for seven months has been rescued by Nigerians.

The 27-year-old woman delivered a baby girl at the said hospital through caesarean section but could not pay her hospital bills.

However, the hospital management directed nurses and doctors to ensure that Blessing did not leave with her baby until the N95,000 balance of their bill was paid.

Speaking on the development, the woman who is a native of Cross River State bemoaned her fate and stressed that efforts by her husband to raise the money were abortive.

Days after report of her sorry state went viral, several Nigerians and groups have offered to settle the hospital bills.

Among them were Right and Welfare of Traumatised Wives and Youths Initiative, Global Medical Organisation, and others who wanted to remain anonymous.