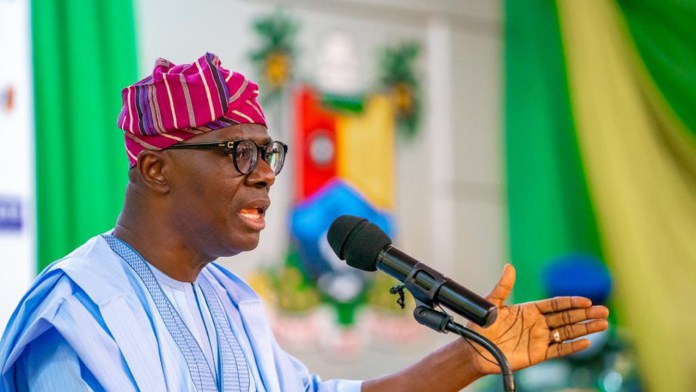 The tweet came a few hours after condemnations greeted the alleged shooting of a young man in front of a hotel in the Ughelli area of Delta State by some SARS operatives.

Babajide Sanwo-Olu, the Lagos State Governor, has expressed concern over the exploitation of youths in the country by SARS operatives.

The governor made his displeasure known in a tweet on Sunday.

The tweet came a few hours after condemnations greeted the alleged shooting of a young man in front of a hotel in the Ughelli area of Delta State by some SARS operatives.

The PUNCH reports that a video which went viral on Saturday showed how there was confusion around the Wetland Hotel in the Ughelli area where the policemen allegedly shot the victim, and escaped with his vehicle – a white Lexus Sport Utility Vehicle.

Reacting, Sanwo-Olu said, “The safety of our residents is my number one duty as the Chief Security Officer of Lagos. So, reading reports of seemingly unlawful exploitation by the people charged to protect is very worrying and needs to be addressed immediately. Be assured that appropriate actions will be taken, and speedily too.”

Meanwhile, the Minister of Youth and Sports Development, Sunday Dare, said the Federal Government would look into the reports of harassment of Nigerians by SARS.

In a statement by John Joshua-Akanji, his special assistant, Dare said he had been monitoring reports of the attacks by SARS, adding that relevant government agencies will investigate the incidents.

He said, “The ministry of youth and sports is worried about the menace, increasing harassments and attacks by SARS, especially targeted at youths and other innocent members of the public, and brought it to the attention of the relevant security agencies in Abuja,” the statement read.

“The minister of youth and sports development, who has also been monitoring the reports of alleged SARS harassment and attacks, has called for immediate investigations that will unravel the truth.”