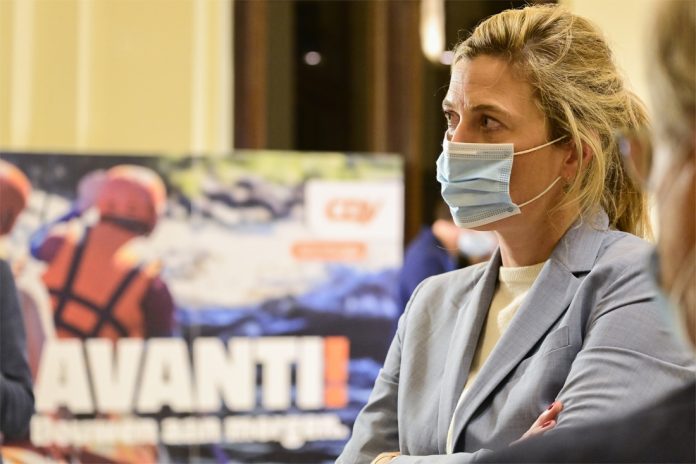 Amid all of the excitement surrounding the creation of a new government under prime minister Alexander De Croo (Open VLD), voices are beginning to be raised over the matter of unelected ministers.

Three of the new ministers are now in the federal government having been elected into office at a different level.

Karine Lalieux (PS) was elected president of the social aid agency CPAS in Brussels before becoming pensions minister. Mathieu Michel (MR), brother of the former prime minister Charles, was a member of the provincial administration in Walloon Brabant before being brought in as secretary of state for the digital agenda. And Eva De Bleeker (Open VLD) was a local councillor in Hoeilaart at the start of the week, and secretary of state for budget at the end.

Another three, however, held no elected office before being asked to join the Vivaldi coalition. Annelies Verlinden (CD&V) was elected to the municipal council in Schoten in Antwerp province, but stood down in 2012 to concentrate on her legal practice. She is now minister for home affairs.

Frank Vandenbroucke (SP.A) is a veteran politician, first elected to parliament in 1985 and a former minister for social affairs, pensions, education and labour. But in 2011 he turned his back on politics to concentrate on academic research into social and labour policy.

Thomas Dermine (PS) was plucked at the age of only 34 from the research department of the French-speaking socialist party to become secretary of state for science policy and strategic investment.

However far from being exceptional, the appointment of ministers from outside the ranks of the elected is not at all unusual in Belgium.

READ  FLASHBACK: In 2013, Buhari Asked Jonathan To Resign Over Insecurity

Former Flemish minister-president Kris Peeters (CD&V), now a member of the European Parliament, came straight into the top job in Flanders from heading Unizo, the organisation that represents small business in the region.

Koen Geens (CD&V), who stepped down this week as justice minister, was the chief of staff in the office of Peeters from 2007 to 2009 as well as a lawyer and academic. He was headhunted by the government of Elio Di Rupo (PS) in 2013 to become federal finance minister without a vote being cast. He was however elected to parliament the following year, and became Charles Michel’s justice minister.

Finally, the back door from civilian life into politics was even used by three giants of post-war Belgian politics.

Mark Eyskens, (CVP, later renamed CD&V), another academic who came straight into government in 1976 as secretary of state for housing and town planning, going on to become prime minister from April to December 1981 – having occupied several posts and being elected in the meantime.

Jean-Luc Dehaene (CVP) had been chief of staff to a string of ministers, learning the ways of power, when in 1981 he himself was made minister for special affairs in the government of Wilfried Martens.

And last but not least, Herman Van Rompuy (CD&V) had been head of the party’s research department from 1980 to 1988 and president of the party when he was made secretary of state for finance in Martens’ eighth administration. He went on to hold several ministerial posts, becoming prime minister between December 2008 and November 2009.

READ  2019 presidency: Atiku has promised to sell Nigeria, Peter has no respect – Oshiomhole

On 1 January 2010 he became the first-ever president of the European Council, in office until November 2014.