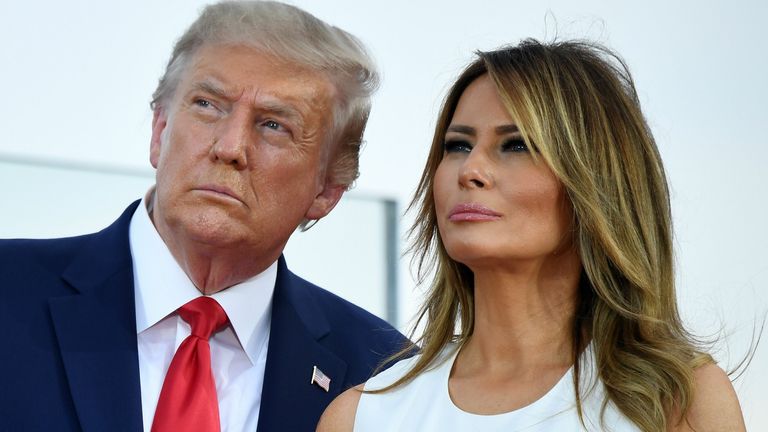 US President Donald Trump said Thursday that he and first lady Melania Trump are beginning a “quarantine process” after one of his closest aides tested positive for the novel coronavirus.

“Hope Hicks, who has been working so hard without even taking a small break, has just tested positive for Covid 19. Terrible! The First Lady and I are waiting for our test results.

“In the meantime, we will begin our quarantine process!” Trump tweeted.

The White House advisor joined the president during his flight aboard Air Force One to and from Cleveland, Ohio for Tuesday’s presidential debate and travelled with him to a campaign rally in Minnesota on Wednesday.

In an interview with Fox News Channel’s Sean Hannity, Trump said he and Melania just went for a test and are awaiting the results.

The president said he spends a lot of time with Hicks.

Bloomberg News first reported the news and said there was no indication that Trump has contracted the virus, citing people familiar with the matter.

“The President takes the health and safety of himself and everyone who works in support of him and the American people very seriously,” White House deputy press secretary Judd Deere said in a statement.

“White House Operations collaborates with the Physician to the President and the White House Military Office to ensure all plans and procedures incorporate current CDC guidance and best practices for limiting COVID-19 exposure to the greatest extent possible both on complex and when the President is traveling,” he added.

Hicks is the latest White House official to contract the disease, which has infected more than 7.2 million people in the US. Vice President Mike Pence’s press secretary Katie Miller contracted the virus in May and recovered.

READ  Sanusi: How President Buhari Tried To Save The Deposed Emir

More than 207,000 people in the US have died from the disease, according to Johns Hopkins University data.