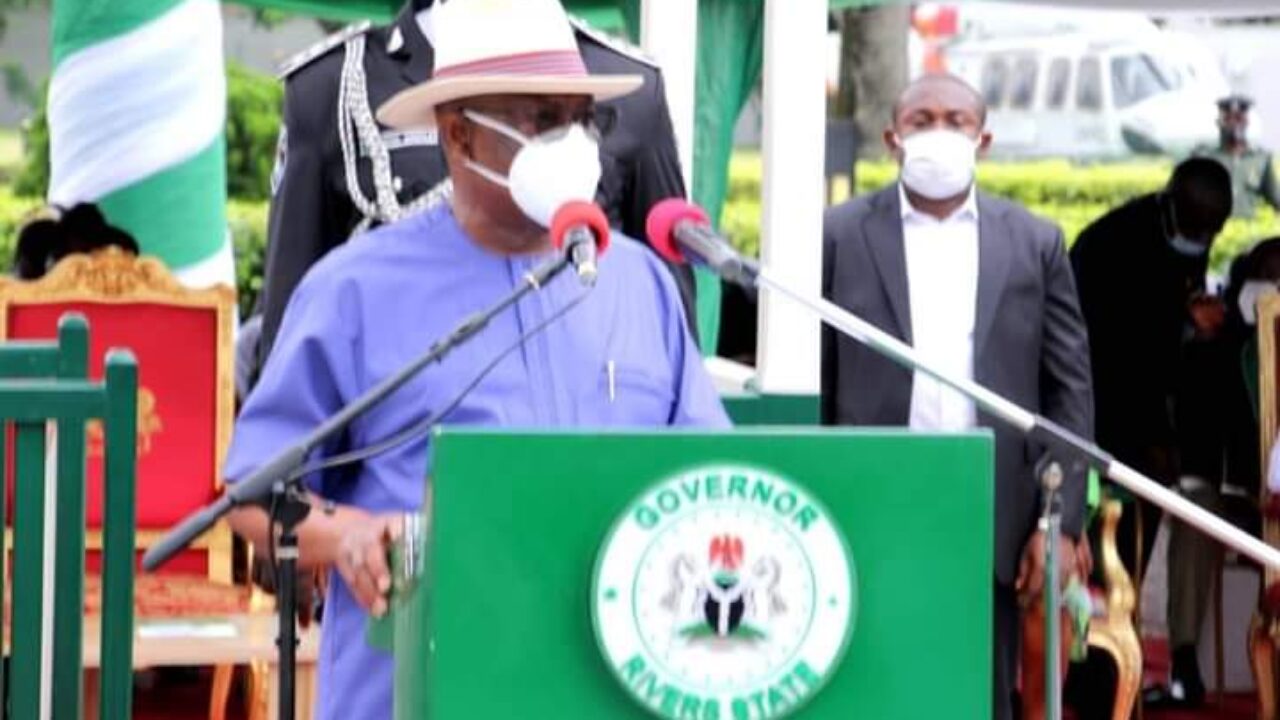 Nyesom Wike, governor of Rivers, says contrary to the unity that was the driving force in the fight for independence, the country is now experiencing such division as has never been recorded since the civil war.

Wike spoke on Thursday at an event to mark Nigeria’s 60th Independence Day celebration at the government house, Port Harcourt.

He said at independence, there was effective democracy, regional autonomy and fiscal federalism, and those principles guided the political, social and economic relations between the central government and the regions until they were frustrated.

“Our founding fathers envisioned to build our nation with due regard to our diversities and with visionary enthusiasm,” he said.

“They provided basic building blocks for sustaining a united, peaceful and prosperous Nigeria with a functional constitution document.

“No one part or region was deliberately denied against what was due to it. No ethnic nationality was politically and economically favoured unduly above all others by the central government.

“Under this arrangement, Nigeria thrived on a peaceful and progressive path. Unfortunately, the fundamental principles of negotiated constitutional regional autonomy and federal government were blatantly jettisoned.

“Never in our history since the end of the civil war have Nigerians been so divided, despondent and distressed with prognosis that clearly points to the fact that the cracks are getting deeper in the much-strained, abused and debased walls that have managed to hold this nation together.

“As things stand now no one can really predict the future survival of this nation if we continue to maintain this nebulous, rigged and generally rejected federal system through corruption, repression and the abuse of both legitimate and illegitimate state institutions.”

He also said it was time for Nigerians to confront core political and economic issues that hamper sustained growth.

“To put Nigeria on the path of progressive growth, the rule of law, a fraud-proof electoral system, effective neutrality of law enforcement agencies and independence of the judiciary should be put in place,” he said.

“We may gloat on the limited progress that we have made since independence. It is true that we have achieved relative expansion in access to education, healthcare and the socio-economic infrastructure.

“But if we fail to give considerations to the serious challenges preventing us, we cannot build a free, fair and just nation that will command the total loyalty of all nationalities.

“Let us, therefore, resolve to take the right step to institutionalise the necessary constitutional and political systems that will enable us to build a free, sovereign democratic and functional nation.”